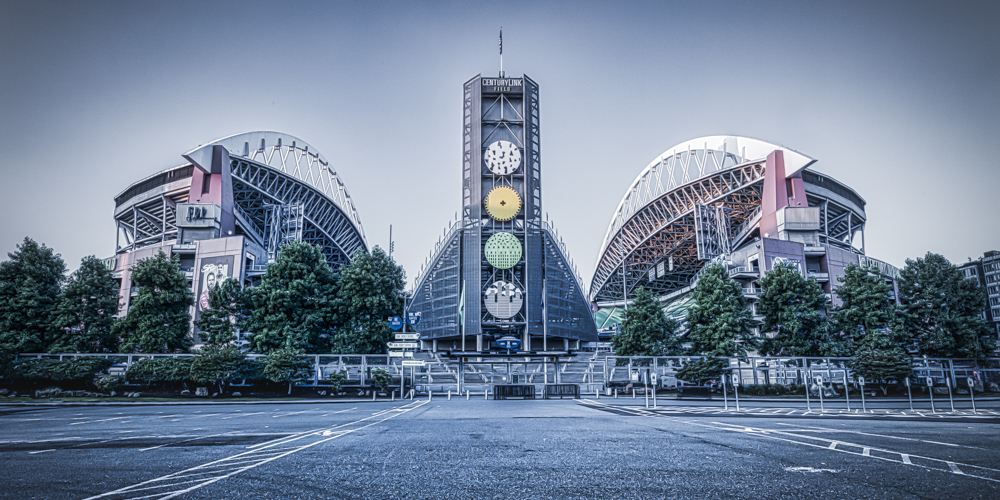 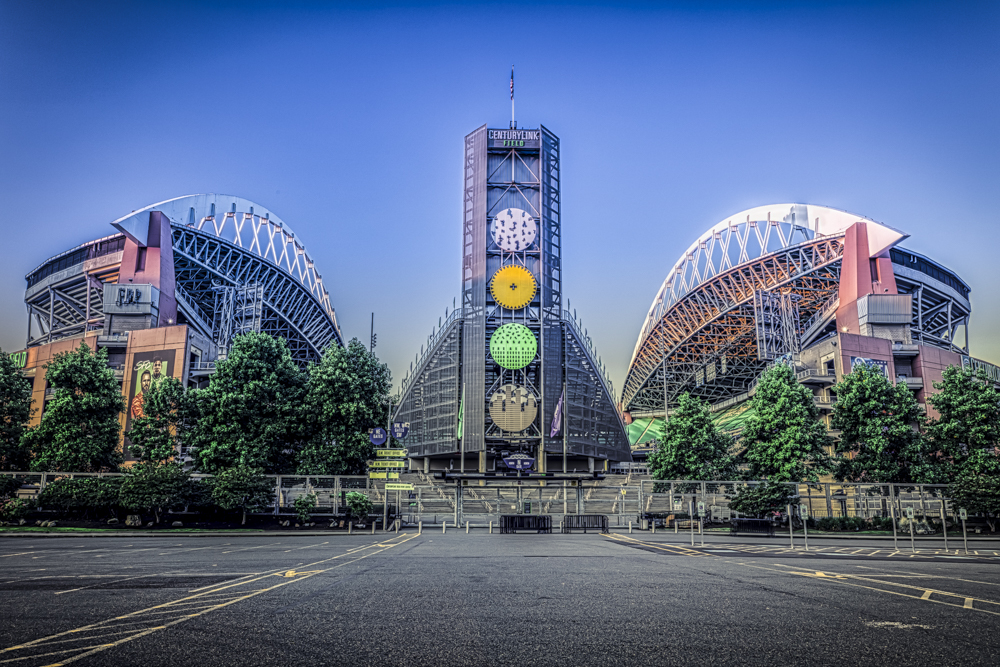 CenturyLink Field is the home of both the Seattle Seahawks and the Seattle Sounders.  The Sounders’ season began in March and is currently in full swing.  From a football perspective, however, CenturyLink has been hibernating since the Seahawks’ last regular season home game 223 days ago in late December.  (In a nail-biter, the Seahawks beat the Arizona Cardinals, 27-24, to qualify for the NFL playoffs.)  But in just 29 days, the parking lot shown in the featured image will be jam-packed with cars as the Seahawks open their regular 2019 season against the Cincinnati Bengals.

If you prefer peace and quiet, don’t ever attend a Seahawks home game!  The late Paul Allen, who co-founded Microsoft and paid $194 million for the Seahawks in 1997, purposely designed CenturyLink to be loud with its relatively small footprint and its steep walls and roof structure.

But what really causes the racket at CenturyLink are the devoutly passionate followers of the Seahawks, collectively and fondly known as the 12th Man.  Seahawks fans make so much noise that they once produced a mini-earthquake.  This happened in January 2011 after running back Marshawn Lynch (aka “Beast Mode”) had an incredible 67-yard touchdown run, evading nine tackles along the way.  Fans were so elated that their jumping and celebrating actually registered on a seismograph run by the Pacific Northwest Seismic Network.  Then, at a home game during the 2013 season, Seahawks fans broke a Guinness World Record for loudest stadium in the entire world when they hit 136.6 decibels in a game against the San Francisco 49ers.  Although this record was later broken by a boisterous crowd at Arrowhead Stadium in Kansas City (with a roar of 142.2 decibels), the smart money is on the 12th Man to wrest it back someday.

Here are a few more interesting factoids about the arena, courtesy of CenturyLink Field:

We admittedly won’t ever set any decibel level records at our gallery on Bainbridge Island.  We do, however, have a wide selection of Seattle images, including an excellent assortment of metal prints, canvas prints, custom-framed black-and-white prints, and fine art acrylic prints.  If you happen to be on our side of the water, do please stop by as we are just a short walk from the ferry terminal.  For gallery hours, please consult our Contact page.