Image of the Week: Lull before the (next) snowfall | Andrew Bergh Travel Photography 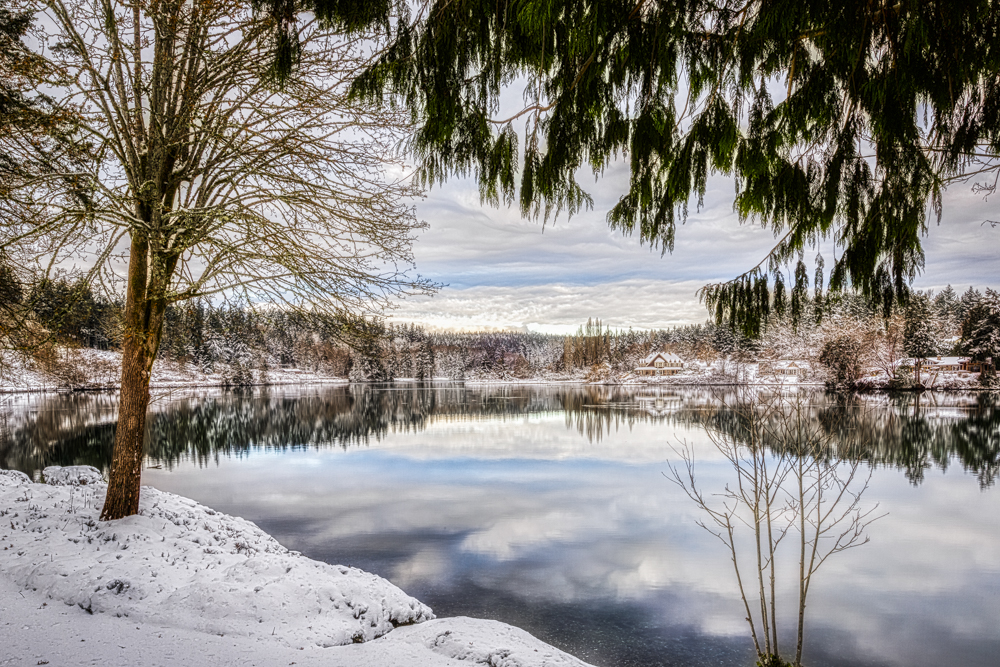 This post was supposed to pick up where I left off by again highlighting my recent trip to Amsterdam.  Instead, we are going to take a quick diversion on account of weather – specifically, the heavy snowfall that is moving across the Pacific Northwest.  Over the course of an entire year, Seattle averages about 6.8 inches of snow.  Just two days ago, however, Seattle-Tacoma International Airport had 6.4 inches of the white stuff, according to the National Weather Service, which is the second most snow recorded in just one day in the past 20 years.  On top of that, forecasters expect two more weather systerms to hit the Puget Sound area by Tuesday, dumping as much as 6 to 8 more inches of snow in downtown Seattle.   Yikes!

The featured image – taken just this morning not long after sunrise – depicts the west end of Eagle Harbor on Bainbridge Island, which is just a 35-minute ferry ride away from Seattle.  I was hoping to whip out this post before the next onslaught of snow, but wouldn’t you know it, the flakes began falling about 40 minutes ago.  With one power outage already under our belts, I think I will keep my word count down and call it a day!

If you live in the Pacific Northwest, please hunker down, avoid driving (except to make a battery and/or candle run), and stay warm!

P.S.: The forecast tomorrow for Amsterdam is showers with a low of 36 degrees – so it’s not like Seattle has a monopoly on inclement weather.