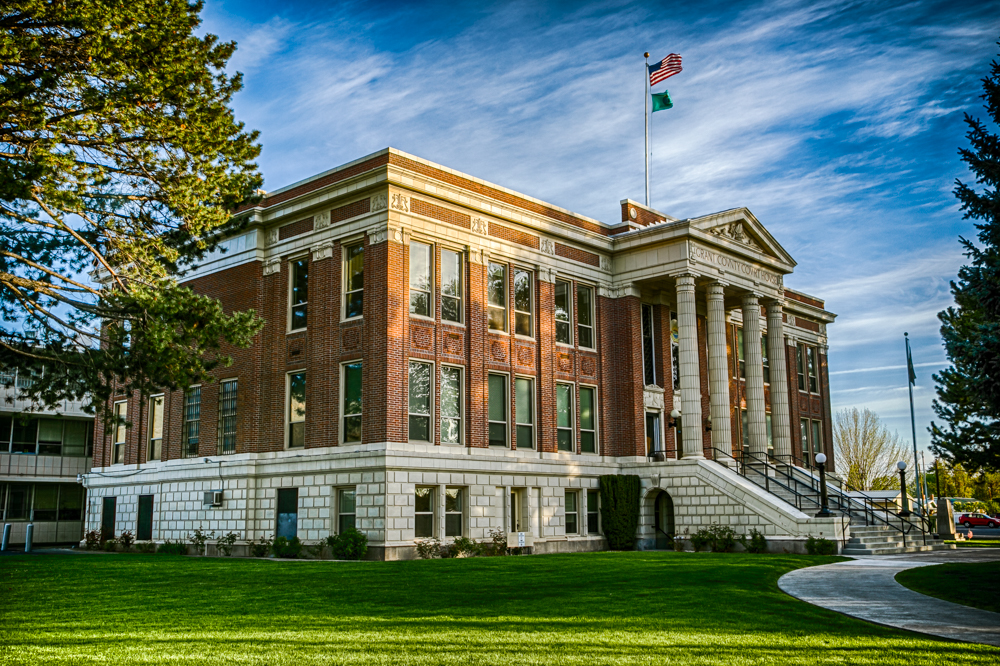 The United States of America is 242 years old today!

Though we celebrate Independence Day on July 4, the fact of the matter is that the Continental Congress actually voted to declare independence two days earlier on July 2.  So what does July 4 commemorate?  Congress’s adoption of the Declaration of Independence, by which the 13 American colonies announced to the world that they regarded themselves as a new nation and were no longer part of the British empire.

While a nighttime image with exploding fireworks might be the most obvious choice for a Fourth of July shot, I think our national flag much better symbolizes our freedom and democratic ways.  Curiously, our first national flag – the Continental Colors (see right) – didn’t have a single star. 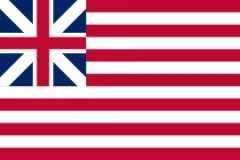 This changed on June 14, 1777, when Congress passed an act establishing an official flag for the new nation.  The resolution stated: “Resolved, that the flag of the United States be thirteen stripes, alternate red and white; that the union [i.e., top left corner] be thirteen stars, white in a blue field, representing a new constellation.”  Additional stars have been added 27 times between 1777 and 1960.

So where should you go if you want to see Old Glory proudly waving?  Besides Safeco Field, I’d recommend that you visit your nearest county courthouse.   Nowadays, especially in our larger metropolises, the county courthouse has become more disconnected from public life – a place citizens don’t often visit unless compelled to do so.  But even in these contemporary times, our historic courthouses shouldn’t be overlooked.  Besides being a source of civic pride, the county courthouse of the last century has been a cornerstone of the community.  It has served not only as the local center of law and government but also as a meeting ground, cultural hub, and social gathering place.   The featured image depicts the courthouse in Ephrata (pop. 7,664), the county seat of Grant County, while the bottom images show the courthouses in Dayton (pop. 2,535), the county seat of Garfield County, and in Montesano (pop. 3,976), the county seat of Grays Harbor County.  They were built in 1917, 1887, and 1911, respectively.   And if you visit my gallery of historic courthouses, I think you’ll agree that no two courthouses look alike. https://berghlegalimages.com/

I hope you have a safe and sane holiday! 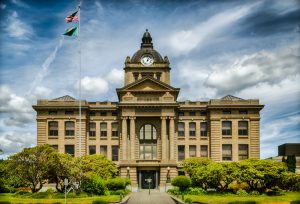 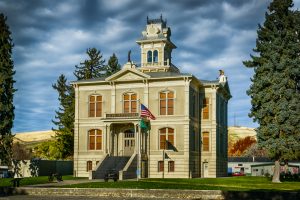