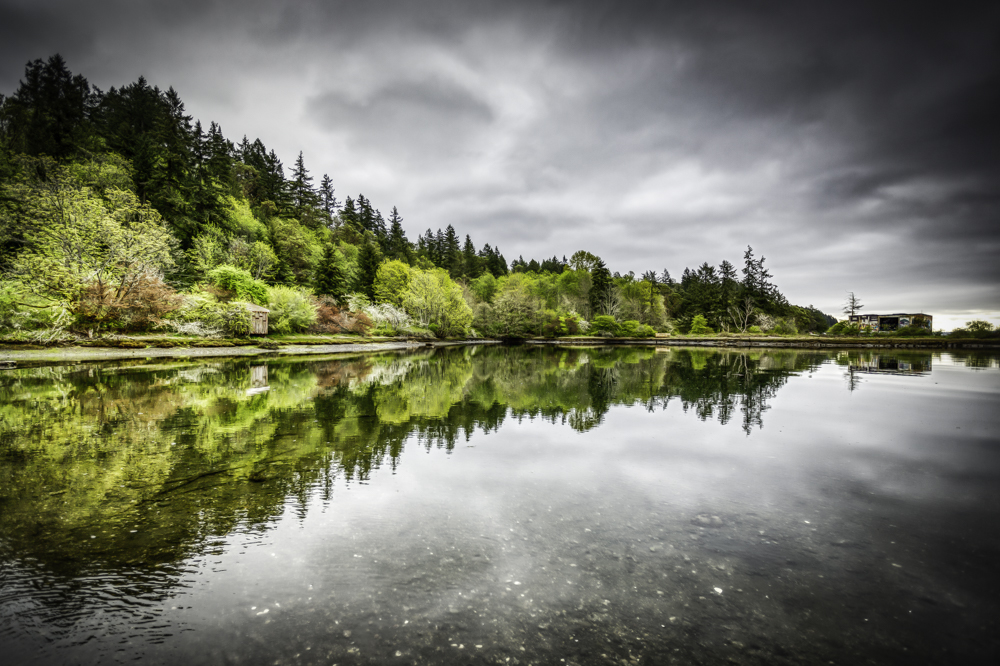 It’s time for another history lesson on Bainbridge Island, the place I’ve called home for the past 31 years that’s just a 35-minute ferry ride from downtown Seattle.

Port Blakely is a thing of natural beauty, a picturesque harbor tucked away in the southeastern part of the island.  But truth be known, it wasn’t always that way.  In fact, I’d be willing to bet a decent amount – $205.63, to be exact – that most long-time residents have no clue that the largest sawmill in the world once thrived in Blakely Harbor.

So let’s go back in time over 156 years to June 30, 1863.  That’s when Captain William Renton, a lumber and shipping merchant originally from San Francisco, used the federal Donation Land Act to buy 164.5 acres in Port Blakely.  It was a steal of a deal, as Renton only had to put down $10.00 and pay $1.25 an acre for a total investment of $205.63.  (Did you really think I just randomly picked out that number for purposes of my bet?)

A real mover and a shaker in his time, Renton bought the land to relocate his sawmill business, which he had up and running in Port Blakely by April 1864.  The mill’s lumber production was small at first – just 20,000-30,000 board feet per day – but eventually grew to an impressive peak capacity of 500,000 board feet per day.  Despite a national recession, the mill had sales of $1.5 million in 1874.

The mill’s success caught the eye of Hall Brothers, a local shipbuilding company, which moved its location to Port Blakely in 1880.  The first vessel built there – a 365-ton, three-masted schooner named Maria Smith – was launched on May 1, 1881.  This arrangement was a huge financial coup for Renton, who sold lumber to his next-door neighbor whose ships then transported his lumber as cargo to ports around the world.

The sawmill needed infrastructure for its booming enterprise, so a town soon arose in Port Blakely.  At its peak, the village included a post office, company store, livery stable, 75-room hotel, and a jail.  Renton also built houses for workers’ families, dormitories for the bachelors, and a house for himself near the mill pond used as a holding area for logs destined for the sawblade.

Two devastating fires – one in 1888 and the other in 1907 – burned the sawmill to the ground, but it was immediately rebuilt both times.  Changing economic circumstances eventually took their toll, however, resulting in the closure and demolition of the mill in 1922.  The featured image shows a portion of Port Blakely as it appears today, which now includes a 40-acre waterfront park.  The lone vestige of the sawmill is the old boiler house – now just a concrete pillbox decorated with graffiti – shown in the far right of the image next to the old mill pond.  Without a doubt, Mother Nature has done a wonderful job of reclaiming Port Blakely over the decades.  Its pristine look borders on the eerie, however, when you consider its storied past.

We have a wide selection of local landscape images at our gallery on Bainbridge Island, as well as an excellent assortment of metal prints, canvas prints, custom-framed black-and-white prints, and fine art acrylic prints.  If you happen to be on our side of the water, do please stop by as we are just a short walk from the ferry terminal.  For gallery hours, please consult our Contact page.