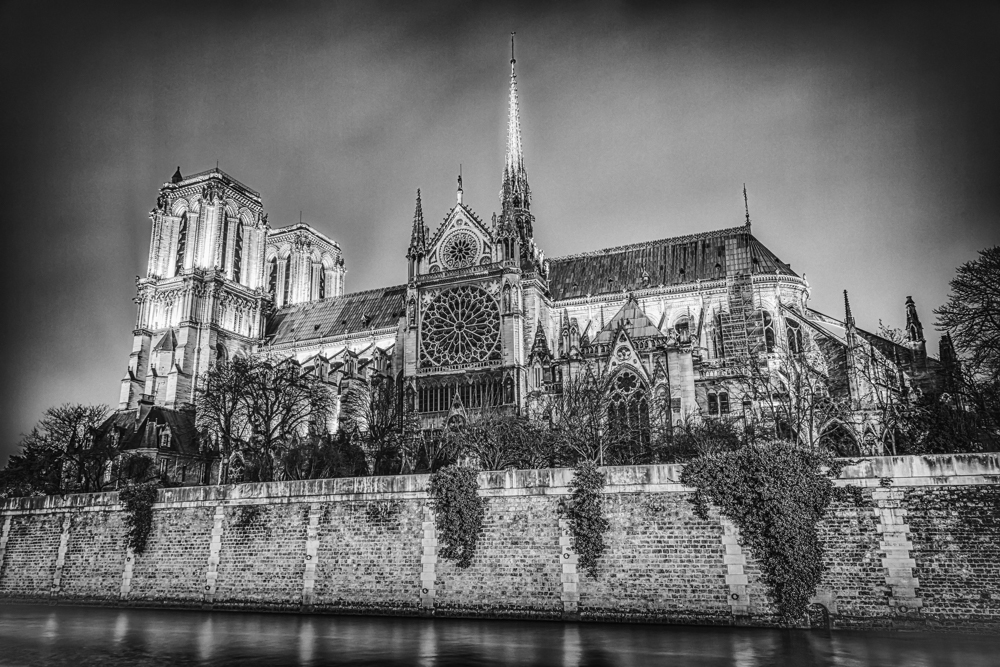 This has been a bizarre and surreal week on a lot of fronts.  (I’ll mention the Mueller report but otherwise let it go at that.)  On Monday when I first heard the disturbing news and saw the photos of smoke emanating from Notre Dame’s roof, I assumed firefighters would be Johnny-on-the-spot and damage would at least be kept to a minimum.  How wrong I was!  But based on what I know now, the conflagration, while tragic, isn’t quite so incomprehensible.

First, as others have reported, there was a lot of available fuel to burn.  Although the 850-year-old example of French Gothic architecture appears from the outside to be made of stone and glass, much of the inside was buttressed by timber.  Builders reportedly harvested over 8,000 oak trees to erect the beams, trusses, and reinforcements for the stone structure, and to support the roof’s extensive lead cladding.  In fact, so much wood was used for the roof’s latticework that its nickname was “la forêt,” or the forest.

Second, the fire was difficult to extinguish because it was so far from firefighters when it ignited.  With the combustible roof material more than 100 feet high – and the cathedral’s storied spire reaching more than 300 feet into the sky – there just wasn’t any way to efficiently fight the blaze at the critical early stage.

While not without controversy, the French government has ambitiously resolved to restore Notre Dame by 2024 when Paris hosts the Summer Olympics.  Even if that goal proves unrealistic, the smart money says Notre Dame – which is French for “Our Lady” – will survive again, just as it survived the French Revolution and two world wars.

The featured image was taken on a cold January evening in Paris when the temperature was close to freezing.  Not the preferred conditions for nighttime photography!  It’s actually an amalgam of five shots taken consecutively at different settings.  That way, you wind up with a single image that is perfectly exposed throughout, with details in both the darks and the highlights.

We have a nice selection of images from Gay Paree at our gallery on Bainbridge Island, so if you happen to be in the neighborhood, please feel free to stop by and say “Bonjour”!  For gallery hours, please consult our Contact page.