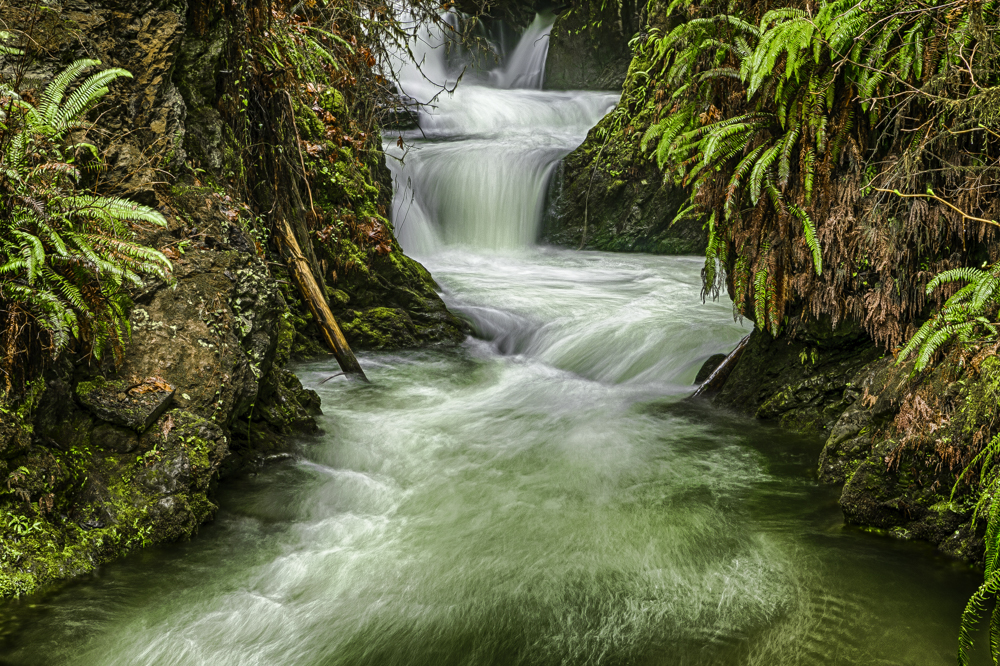 Don’t shoot the messenger, but after a pleasant and relatively dry summer in the Puget Sound area, I fear the wet season is now upon us.  It was just six days ago that a strong line of thunderstorms developed over Western Washington, bringing frequent lightning, heavy rains, flooding, and hail that knocked out power to thousands across the region.  Then, while partner Carol and I were driving from Bainbridge Island to Poulsbo on an errand Monday night, we were hit by a downpour that reduced our car’s speed to a crawl.  It made me think of the deluge that one might encounter in, well, a rain forest.

Which brings me to the topic du jour.

When we hear the words “rain forest,” many of us probably think of hot tropical jungles like the Amazon which run along the equator like a green belt.  A rain forest, however, is simply a forest that receives a lot of rainfall, and certain parts of the globe are home to so-called “temperate” rain forests with much more mild temperatures.  In total, there are only seven temperate rain forest ecosystems in the entire world, with the largest – ranging from northern California to British Colombia – close to our own backyard.

Washington is blessed with four rain forests, all in the Olympic Peninsula in the northwest portion of the state.  The best known (and most accessible) are the Hoh and the Quinault, with the Queets and Bogachiel rain forests lagging not too far behind.

The featured image was taken in the Quinault Rain Forest, which averages an incredible 12 feet of rain per year and is located in the valley formed by the Quinault River and Lake Quinault.  Its nickname is the “Valley of the Rain Forest Giants” due to the number of record size tree species located there.  This includes the “World’s Largest Spruce,” which has a circumference of almost 59 feet and a diameter of almost 19 feet, and towers 191 feet into the sky.

I’ve raved before about the grand and rustic Lake Quinault Lodge, which is one of my all-time favorite places for a quick winter getaway.  Built in 1926, the lodge is situated next to eight miles of well-maintained hiking trails, some as short as half a mile.  The mini-waterfall shown in the featured image is just a 15-minute walk from the lodge.

We have a wide selection of images from Lake Quinault at our gallery on Bainbridge Island, as well as an excellent assortment of metal prints, canvas prints, custom-framed black-and-white prints, and fine art acrylic prints.  If you happen to be on our side of the water, do please stop by as we are just a short walk from the ferry terminal.  For gallery hours, please consult our Contact page.