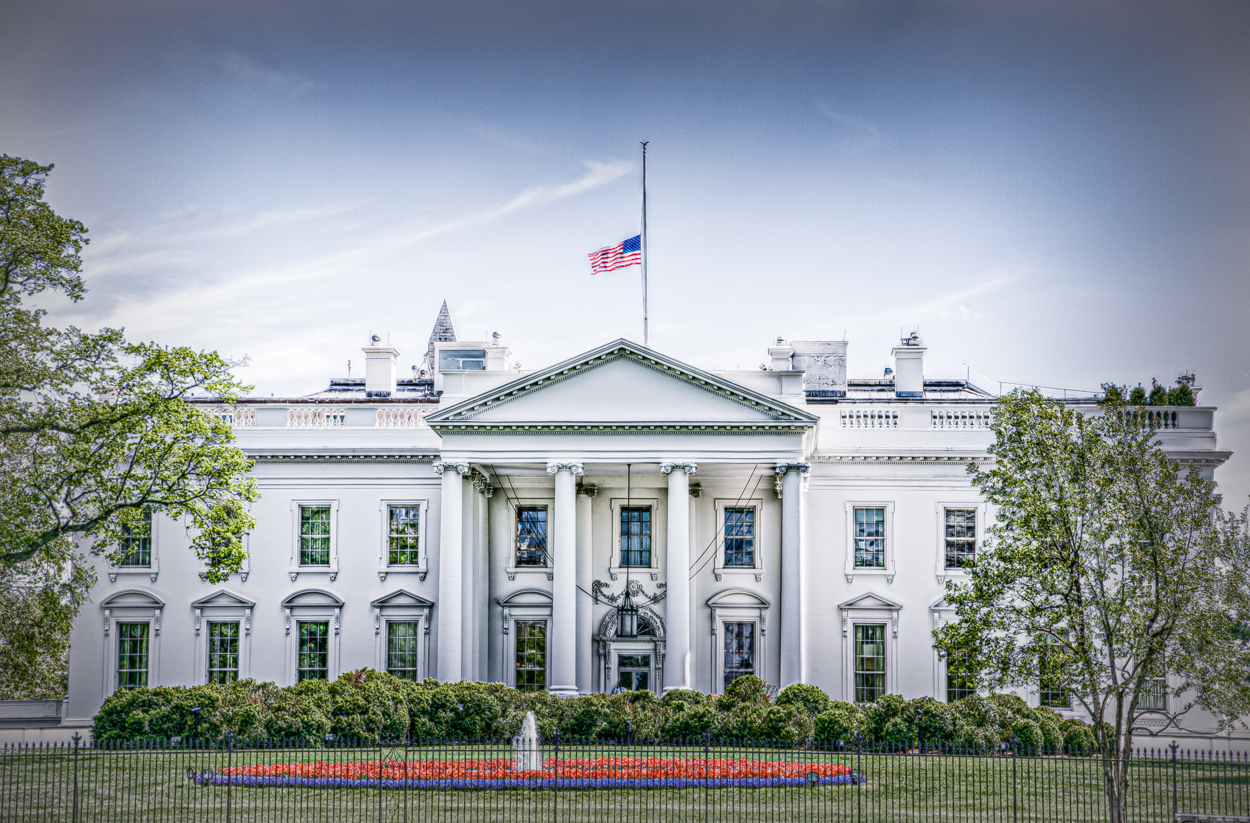 The White House has been the home of every president since John Adams.  As a result of the protests in Washington, D.C. following George Floyd’s murder in Minneapolis, however, this national icon has been transformed into what others have called “a veritable fortress.”  While I don’t intend to stray too far into politics, here is what The Washington Post recently said on this subject:

The White House is now so heavily fortified that it resembles the monarchical palaces or authoritarian compounds of regimes in faraway lands — strikingly incongruous with the historic role of the executive mansion at 1600 Pennsylvania Ave. NW, which since its cornerstone was laid in 1792 has been known as the People’s House and celebrated as an accessible symbol of American democracy.

Here is more on the history.

After eight years of construction, President Adams and his wife, Abigail, moved into the not-yet-finished White House in 1800.  The British had the gall to set it afire during the War of 1812, requiring the edifice to be rebuilt by its original architect, Irish-born James Hoban.  The next occupant was President James Monroe, who moved into the building in 1817.  Since then, there have been two major renovations.  First, in 1902, President Theodore Roosevelt relocated the president’s offices from the second floor to a newly constructed structure now known as the West Wing.  Then, almost five decades later in response to its significantly deteriorating condition, President Harry S. Truman oversaw a renovation of the White House in which everything but its outer walls were dismantled.  The Truman family returned to their remodeled digs in 1952.

In light of recent happenings, I would be remiss to not mention a certain bunker in the White House, which was inspected just this week by the current occupant.  Following the attack on Pearl Harbor in 1941, President Franklin D. Roosevelt concluded that an underground shelter was an absolute necessity – in large part because the Germans were reportedly building rockets capable of reaching Washington, D.C.  The most notable recorded instance of its use, however, occurred during the 9/11 attacks.  While “bunker” works for me, its more formal name is the President’s Emergency Operations Center (“PEOC”).

Although the U.S. flag is at half-mast in the featured image, this has nothing to do with current events.  Instead, the Stars and Stripes were lowered in memoriam to the passing of former first lady Barbara Bush.  Except for the fence in the foreground, there were no physical barriers and Lafayette Park was completely accessible to the public.  Hopefully, we’ll be able to resume the good old days in the not-too-distant future.

Bainbridge Island is in Kitsap County, which one week ago was allowed to enter phase 2 of Gov. Inslee’s reopening plan.  Happily, this means the doors of our gallery are once again open, albeit with some restrictions.  We’ve made some changes – all for the better! – so please pop by for a visit if in our neighborhood.  We have other images from the District of Columbia, all of which will soon be featured in a separate gallery at our online store.