Image of the Week, the Capitol: Scene of Sedition | Andrew Bergh Travel Photography 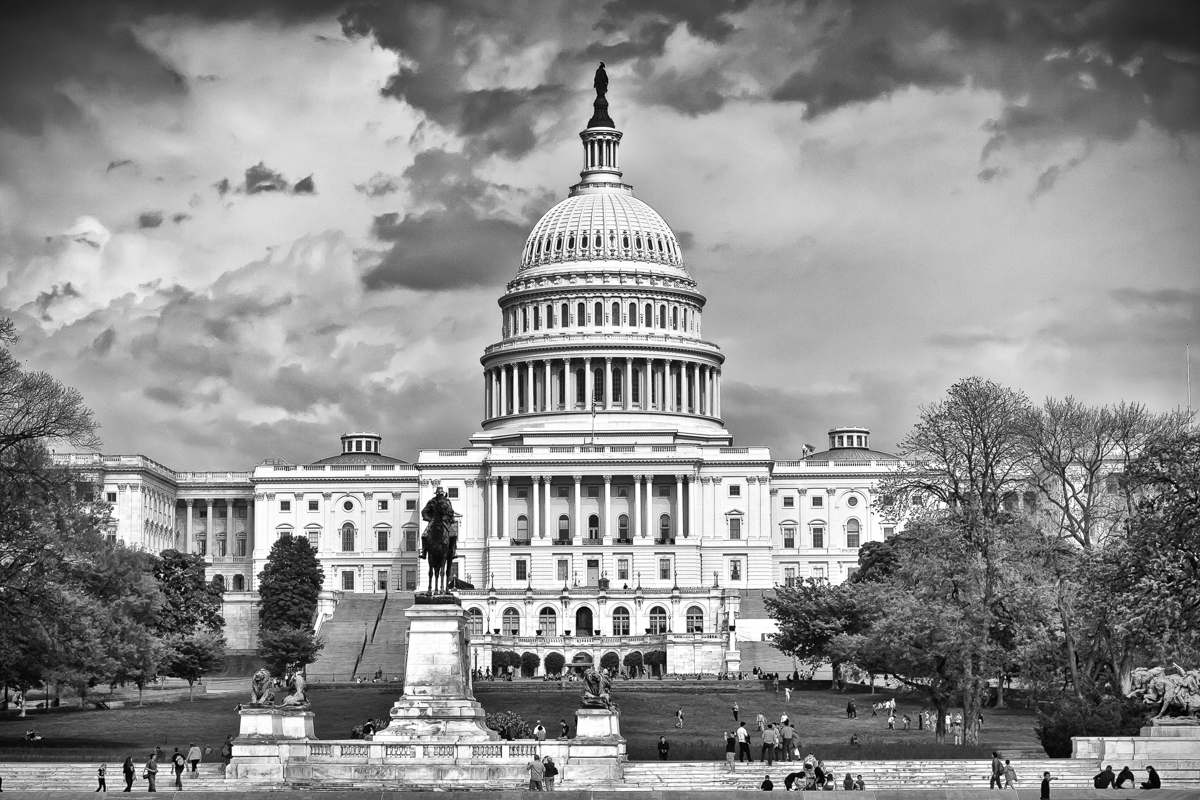 The U.S. Capitol building – a symbol of the American people and its government and the meeting place of our nation’s legislature for two centuries – has been in the news way too much of late.

Eight days ago, a riot and violent attack against the Capitol was carried out by a mob of supporters of President Donald Trump in an attempt to overturn his defeat in the 2020 presidential election.  It was the first time the Capitol had been breached or occupied since the 1814 burning of Washington, D.C. by the British Army during the War of 1812.

Yesterday, the Capitol provided the backdrop for a quickly convened impeachment proceeding.  In a bipartisan rebuke, the House of Representatives voted by a 233-197 margin to impeach President Trump on a charge of “incitement of insurrection.” 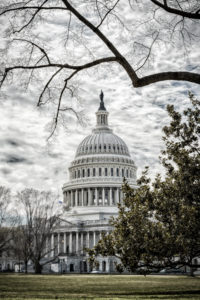 And just six days from now, Joe Biden will be sworn in as our country’s 46th President at an inaugural ceremony held on the West Lawn of the Capitol.  Due to Covid-19 pandemic restrictions, in-person attendance will reportedly be limited to members of Congress.  They’ll definitely have company, however, as upwards of 20,000 National Guardsmen will be on hand to guard against further violence.

Since this isn’t a political blog, I’ll let the op-ed writers dwell on the significance and ramifications of these recent events.  Instead, I want to focus on the Capitol building itself.  Simply put, besides its symbolic importance as the seat of our democracy, the Capitol is one of the most architecturally impressive buildings in the nation.  It’s also very photogenic, as shown by the images featured in this post which I took on three different visits to the District of Columbia.  The main image, taken from the National Mall, depicts the west side of the Capitol that was assaulted by the mob.

Interestingly, the Capitol was designed by an amateur architect.  In 1793, President George Washington and then-Secretary of State Thomas Jefferson suggested that a competition be held to determine the design of the new Capitol building, with the winner receiving an award of $500 and a city lot.  Though plans were submitted by 17 architects, none were deemed satisfactory.  In October 1793, Dr. William Thornton, a Scottish-trained physician living in the British West Indies, was granted permission to submit a late entry – and lo and behold, it was quickly approved by President Washington.  Given Thornton’s inexperience, the actual construction of the Capitol was overseen by a succession of architects – but the good doctor did receive the 500 bucks and city lot. 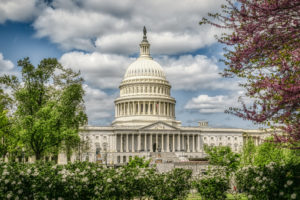 We have a nice assortment of matted prints from Washington, D.C. at our gallery on Bainbridge Island, and will be adding a District of Columbia gallery to our online store later this year (though the featured image is currently available in our Black and White gallery).  If you happen to be in our area, do please stop by for a visit!  Meanwhile, with Covid-19 still rearing its ugly head, partner Carol and I sincerely hope that you and everyone in your world are staying healthy, safe, and strong.