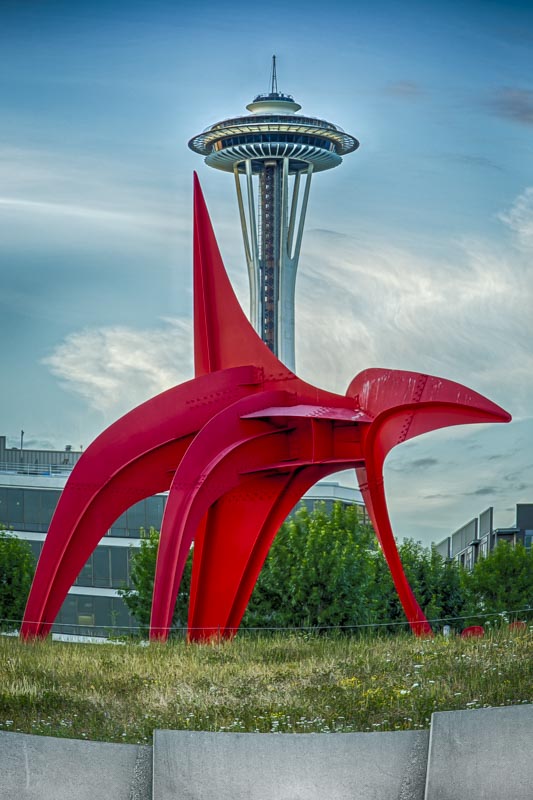 The Space Needle – Seattle’s treasured icon and the most popular tourist attraction in the Northwest USA – just celebrated its 56th birthday over the weekend.  For those not in the know, the futuristic observation tower was built for the 1962 World’s Fair, which drew over 2.3 million visitors.  Hugely popular, its elevators were used each day by almost 20,000 people.

Here are some other interesting factoids about the Space Needle:

Good news for those who want to climb the stairs all the way to the top!  A charity event called the Base 2 Space Stair Climb is scheduled for September 30, 2018.  If interested, you better not procrastinate because registration fees increase to $75 after July 31.  While you don’t get to walk back down the stairs, you can donate another $25 for the privilege of going up again!  As for me, I think I’ll stay on terra firma, which is where I was when I snapped the above shot of the Space Needle.  The image looks great on metal, so please feel free to stop by The Gallery at Bergh Images and check it out.  For gallery hours, please visit my Contact page.