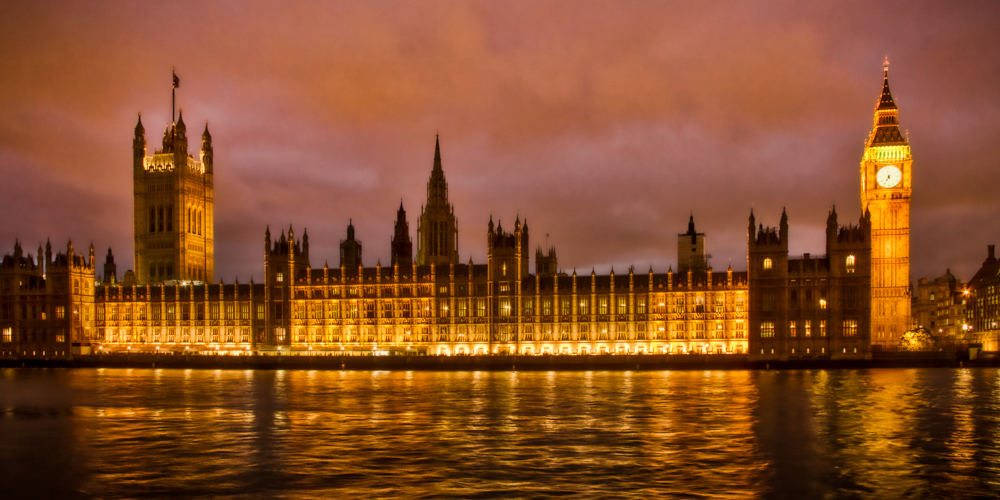 I’ve acknowledged more than once in this space how I’m an unabashed Anglophile, which means I admire everything British.

This did not occur just by happenstance. To the contrary, I’m completely convinced the root cause of my Anglophilia was the two years I lived as a child in a delightfully small London suburb called Moor Park. My dad was a civilian engineer with the U.S. Air Force at the time, and we lived in a wonderful two-story brick home on a one-acre lot at 58 Sandy Lodge Road. We had an amazing cleaning woman named Queenie, who sometimes assumed nanny duties for my older sister, younger brother, and me, and whose husband – we affectionately called him “Mr. Jones” – was the quintessential Englishman.

Although I attended the second and third grades at an American-run school, we took very British field trips. The two that I especially remember are the visits to the world-famous British Museum, where we saw its exquisite collection of Egyptian mummies, and the Museum of Natural History, where us youngsters were awed by its dinosaur exhibition. I also remember London’s thick “pea-soupers” – the dense fog that resulted from the combination of coal smoke and natural mist from the River Thames.

But enough reminiscing, let’s now talk about contemporary London, which has been chosen the planet’s reigning “Best City” for six years running. The U.K. capital – founded by the Romans around 43 A.D. when it was first known as Londinium – has plenty of iconic attractions. Any short list would certainly include the Palace of Westminster, informally known as the Houses of Parliament (see featured image). Originally a royal residence for England’s kings dating back to the 11th century, it has been the home of both the House of Commons and the House of Lords since the 13th century. After a fire ravaged most of the medieval complex in 1834, it was rebuilt over the course of three decades. While the north tower with the huge four-faced clock is commonly called Big Ben, the name actually refers to the largest of the tower’s five bells. Unlike the four quarter bells which chime at 15, 30 and 45 minutes past the hour, Big Ben only tolls on the hour.

Piccadilly Circus – often described as the “Times Square of London” – is one of the best known intersections in the world. It connects five famous London streets – Regent Street, Shaftesbury Avenue, Covent Street, Glasshouse Street and Haymarket – and before pandemic times, reportedly attracted nearly 100 million people each year. Situated in the heart of London, Piccadilly Circus blazes with neon billboards and displays. Coca-Cola, its longest continuous advertiser, has had a sign there since 1954. As shown by the below image, the latest digital version curves round the building and features an ultra-high definition 4K resolution screen with 11,858,400 pixels and 281 trillion colors. Time to upgrade my puny wide-screen TV at home! So why is the photo devoid of humans if Piccadilly Circus attracts hordes of people year-round? Fair question! The simple truth is that people in London also need to sleep – so the key is to arrive before the crack of dawn when everyone is still slumbering. 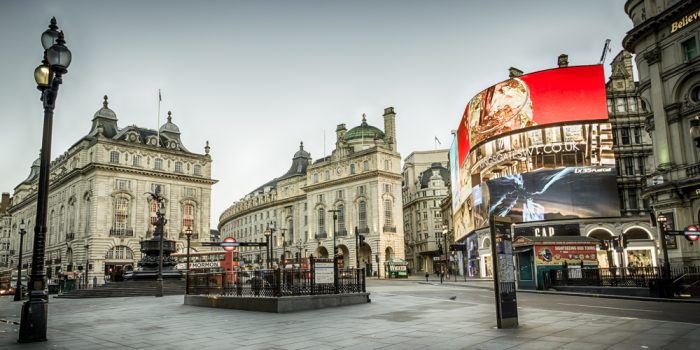 Our next image shows off Tower Bridge, one of 35 bridges crossing the River Thames and the most recognizable bridge in the United Kingdom. In the late 19th century, commercial development in the East End of the city increased demand for a new river crossing downstream from the London Bridge. A traditional fixed bridge couldn’t be built because it would cut off access by sailing ships. After seven years and more than 50 design submissions, the decision was made in 1884 to erect a bascule bridge (i.e., a drawbridge). Under an Act of Parliament authorizing construction one year later, the design had to be in a Gothic style, while the opening span had to provide a clear width of 200 feet and headroom of 135 feet. Do you happen to own a boat with either a mast or superstructure at least 30 feet tall? If so, as long as you give 24 hours’ notice, the drawbridge of Tower Bridge will be raised for you free of charge. 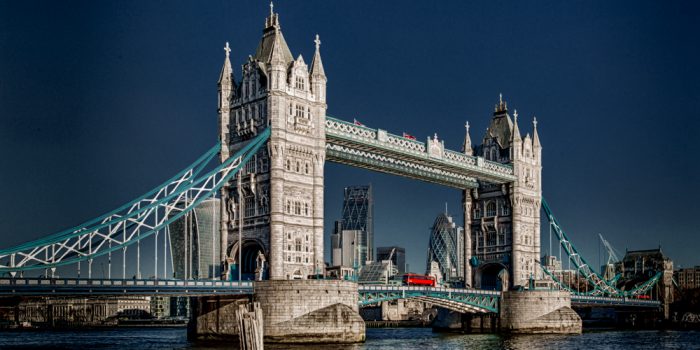 While London may not have an abundance of “old world charm,” that’s to be expected when you consider the German Luftwaffe dropped thousands of tons of bombs on the city during World War II, completely demolishing 70,000 buildings and damaging another 1.7 million structures. Still, between the surviving landmarks and the interesting architecture constructed in recent decades, London has a compelling skyline. 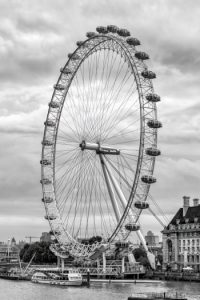 For a fantastic view, I highly recommend the London Eye, also known as the Millennium Wheel, which, as depicted in the side image, resembles a huge spoked bicycle wheel. Since opening in 2000, the London Eye has become the most popular paid tourist attraction in the United Kingdom, drawing over 3.75 million visitors annually prior to the pandemic. Its 32 sealed and air-conditioned passenger capsules each hold up to 25 persons. Though not cheap – a standard admission presently costs £32.50 (about $40) – visitors get their money’s worth since a single revolution takes 30 minutes because the wheel rotates so slowly.

We complete our short “highlights” tour of London with the below sunset shot taken from – where else? – the London Eye. To the right of Big Ben are the two west towers of Westminster Abbey where every British monarch since William the Conqueror has been crowned. In case your history is rusty, the ceremony for King Bill took place in 1066 on Christmas Day. 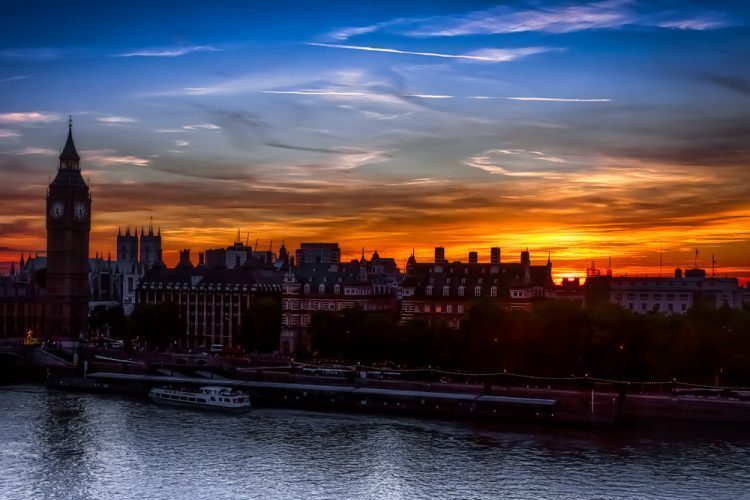 All of our London images are now on display in the United Kingdom gallery of our online store. They are available in different mediums, including metal, canvas, and fine art acrylic prints, with sizes ranging from 15×30 (panoramic) to 24×36 (standard). For other options, please feel free to contact us by email or phone. In addition, we also have a wonderful assortment of matted prints at our brick-and-mortar store on Bainbridge Island. Carol and I love visitors – plus, there is no limit on browsing time! – so please drop by should you be in our neck of the woods. In the meantime, we hope everyone is staying healthy and safe as the world continues to navigate through these tricky times.