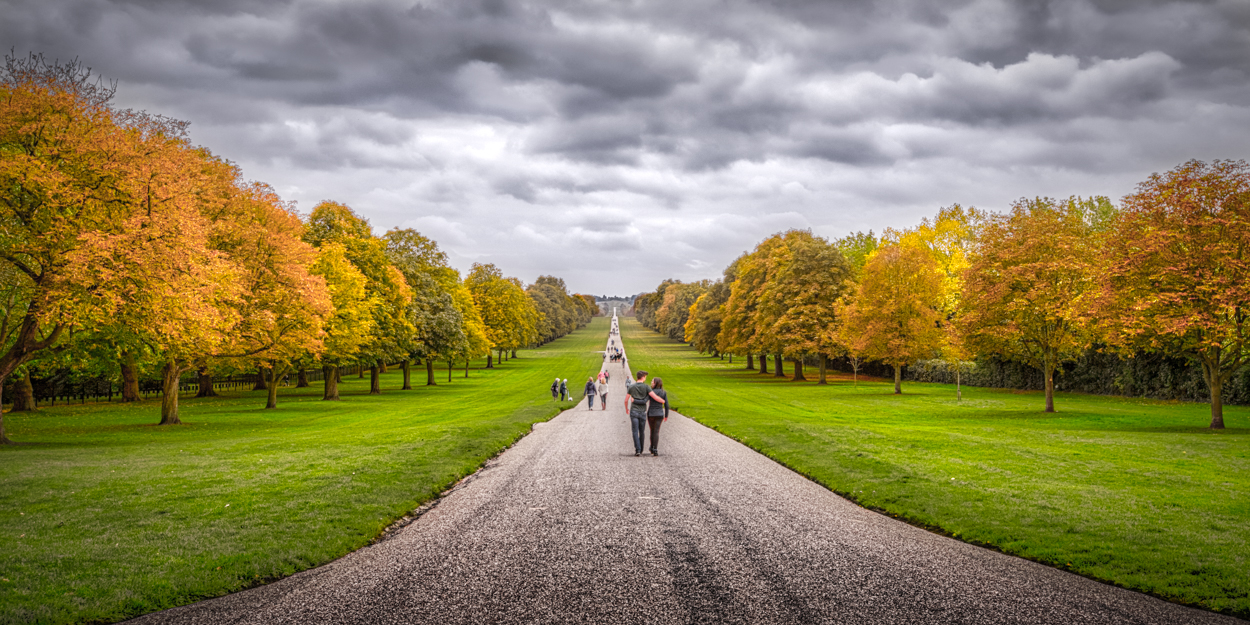 Windsor Castle, a mere 21 miles from downtown London, touts itself as the oldest and largest occupied castle in the world.  Founded by William the Conqueror in the 11th century, it has since been the home of 39 monarchs.  Although Queen Elizabeth II spends most of her private weekends at the castle, it’s normally open to the public throughout the year.  Unfortunately, in response to the coronavirus pandemic, Windsor Castle had to shutter its doors on March 20 and is closed to the public until further notice.

It’s anybody’s guess how long it will take to eradicate the Covid-19 virus.  Until that happens, non-essential travel overseas probably won’t be in the cards.  But on one positive note, this means there should be plenty of time to plan trips!  For those with London on their radar, I strongly recommend a day trip to Windsor and its namesake castle.

While the fortress is unquestionably the highlight, the adjacent grounds are amazing in their own right.  Just south of the royal complex is the Windsor Great Park, a 5,000-acre enclosure that dates back to the mid-13th century and served for centuries as the private hunting ground of Windsor Castle.

The dominant feature of the park is undoubtedly the tree-lined avenue – aptly named the Long Walk – that goes dead straight and stretches as far as the eye can see.  As shown by the featured image, this clearly is no exaggeration!  The path was originally created in the 1680s by King Charles II, who had four rows of 1,652 elm trees planted alongside the lengthy promenade.  Although elm disease caused the original trees to be felled, new rows were planted during and after World War II.

The Long Walk is exactly 2.65 miles long and terminates on Snow Hill where there reportedly is an impressive copper statue of King George III on horseback.  Alas, partner Carol and I didn’t have time to make this trek – but we’re hoping to check out His Majesty on a future trip.

Accessible to the public from dawn to dusk, the Long Walk is also used for royal ceremonies and other official events.  On May 15, 2016, it was the site of a huge picnic and concert to celebrate the Queen’s 90th birthday.  The largest gathering ever, however, occurred two years later on May 19, 2018, when onlookers packed the Long Walk to watch Prince Henry and Meghan Markle tour the park in a horse-drawn carriage after their wedding at Windsor Castle.

Like many other local businesses, our Bainbridge Island gallery remains closed in compliance with our governor’s “stay-at-home” order.  Along with three other local galleries, however, we participated in a “Virtual Art Walk” on Friday, May 1.  If you would like to see a video tour of our gallery, please click here.  Also, if you enjoy the featured image, “Windsor Stroll” is available for purchase in the Panoramas gallery of our online store.

Thank you for reading our blog.  In these trying and stressful times, we hope everyone stays healthy, safe, and strong!