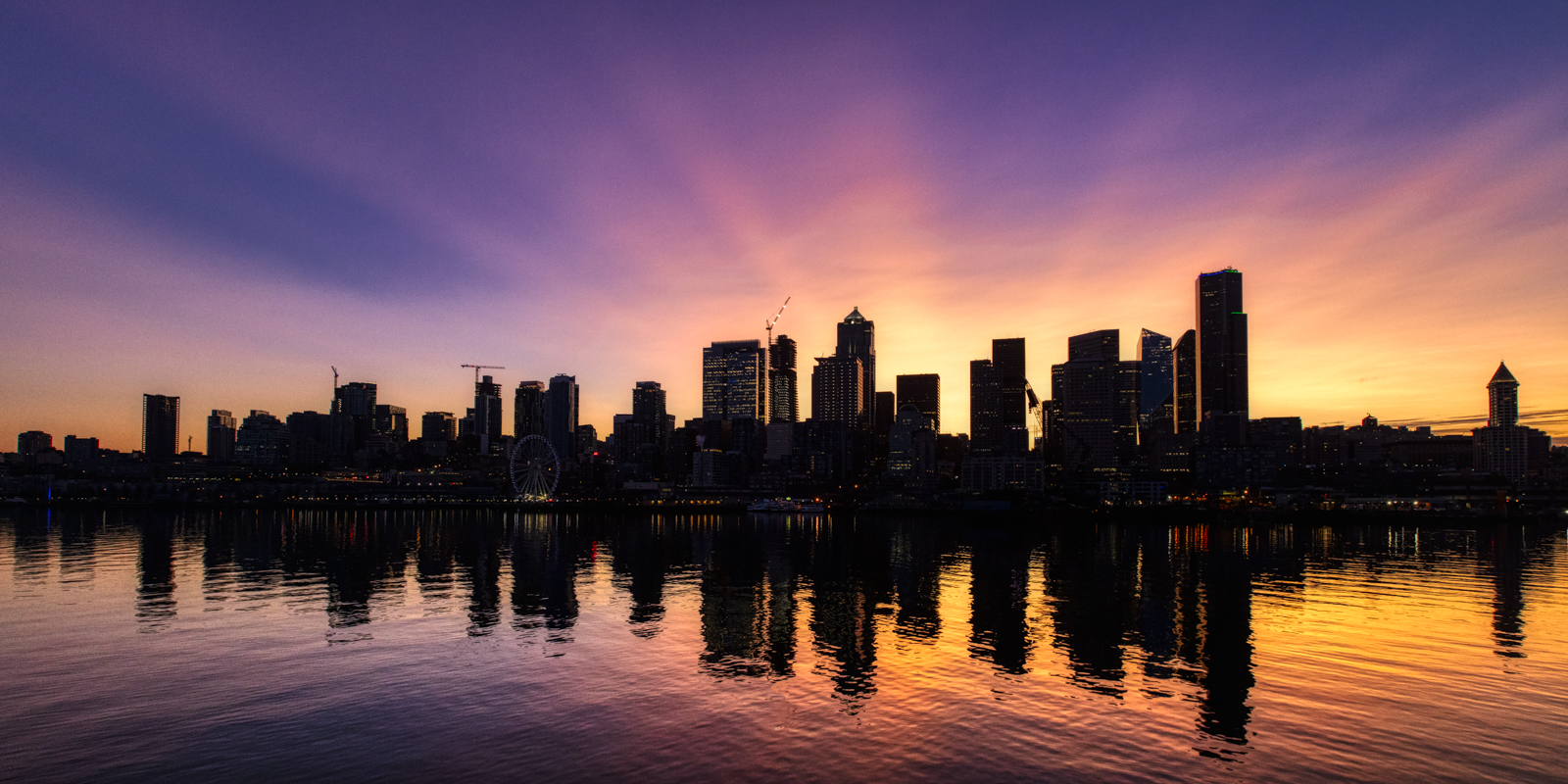 First of all, the demolition of the Alaskan Way Viaduct is underway.  For those not in the know, the viaduct was an elevated, double-decked freeway that ran north-south along the city’s waterfront for 2.2 miles.  Definitely short on looks, the concrete hulk was built in three phases from 1949 to 1959, with the first section opening on April 4, 1953.  It was 60 feet tall, had three-foot-wide concrete railings, and was supported by 400 columns spaced every 51 feet.  In terms of functionality, however, the Alaskan Way Viaduct was an essential north-south traffic corridor through Seattle, carrying up to 91,000 vehicles per day in 2016.

The viaduct had long been viewed by critics as a barrier between downtown Seattle and the city’s waterfront, with proposals to replace it as early as the 1960s.  But what really led to its ultimate demise was the Nisqually earthquake in 2001.  Although visible damage was relatively minor, subsequent inspections revealed that another major earthquake could cause the viaduct to collapse.  Their hands forced, city leaders ultimately decided to replace the viaduct with a two-mile-long underground tunnel.  (As a consequence, the tunnel-boring machine “Bertha” is now inextricably linked to Seattle’s lore.)

The demolition of the viaduct, which has a $40 million price tag, began on February 12 and will continue into the summer.  My guess is that worker productivity in Seattle has taken quite the hit during the removal process, as it’s actually quite fascinating to watch the huge munching machines take down the viaduct chomp by chomp.

But the death of the Alaskan Way Viaduct is only half of a double whammy.  That’s because the Colman Dock ferry terminal, which until recently hadn’t been renovated since the mid-1960s, is in the middle of a massive replacement project.  The work includes the behemoth task of removing 7,400 tons of timber from Elliott Bay and swapping it with earthquake-ready concrete and steel.

So sadly, the Seattle waterfront is quite the eyesore – and not very photogenic – at the moment.  As shown by the featured image, however, depending on the time of day, all is not necessarily lost!  This shot – taken three days ago at 5:12 a.m. shortly before the official sunrise time of 5:35 a.m. – captures the Seattle skyline in all its glory.  Moreover, thanks to the silhouette, one would never know the waterfront is currently looking so disheveled.

If you want any photos depicting the demolition of the Alaskan Way Viaduct, I’m afraid I can’t help you.  We do, however, have a wide selection of Seattle images at our gallery on Bainbridge Island, including an excellent assortment of metal prints, canvas prints, custom-framed black-and-white prints, and fine art acrylic prints.  If you happen to be on our side of the water, do please stop by as we are just a short walk from the ferry terminal.  For gallery hours, please consult our Contact page.