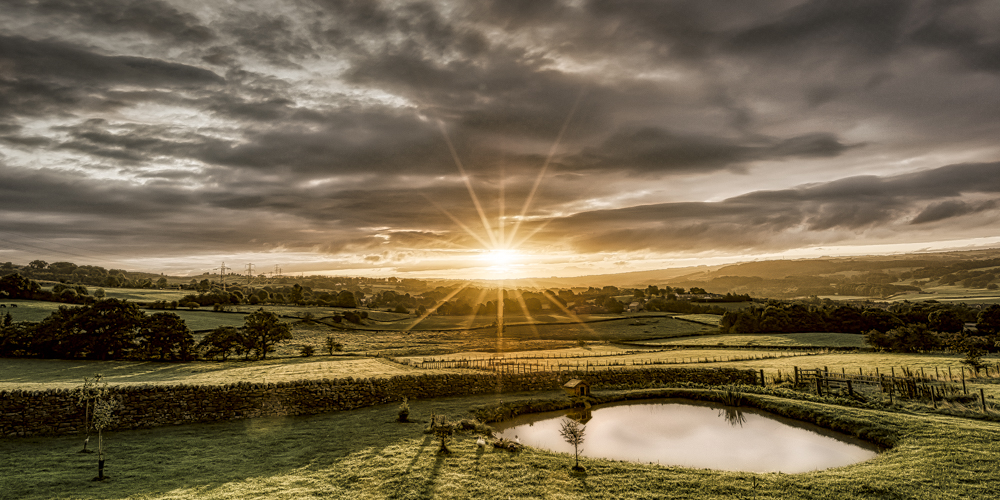 A tiny village in Northumberland, which is the northernmost county of England, has a distinct identity crisis.  The hamlet is accessible via an old military road that is now a modern, two-lane highway.  If you approach it from the west, the signage says “Twice Brewed” – but if you approach it from the east, the signage says “Once Brewed.”  But whatever label you use, we are definitely talking about one small locale because it consists of just a country inn, a youth hostel, a visitor center, and some farms.

The country inn has long been called the Twice Brewed Inn.  According to one story, on the eve of battle in 1464, Yorkist foot soldiers demanded their beer be brewed again because it lacked its usual fighting strength.  (If true, the ploy worked because the Lancastrian army fled after an early morning raid by the Yorkists.)  Under a different explanation, 18th century farmers tended to brew (and serve) weak ale – so “twice brewed” meant the inn offered a stronger libation.  Having myself imbibed in a couple of tasty pints at the inn, I’m inclined to go with the latter account!

I’m speaking from personal knowledge because partner Carol and I enjoyed a delightful lunch at the Twice Brewed Inn while in the area for three days in September 2017.  We were one-third done with an 89-mile, west-to-east walking holiday that started at the Irish Sea in Bowness-on-Solway and ended at the North Sea in Wallsend.  The entire time we walked along the remnants of Hadrian’s Wall, the defensive fortification built by the Romans during their lengthy occupation of Britain.

Our two nights in Twice Brewed, we stayed at Hunter Creek Lodge, a wonderful guesthouse just one mile from Vindolanda, a fort under Roman occupation from roughly 85 AD to 370 AD.  The ongoing excavation is now one of Europe’s most important Roman archaeological sites and well worth a half-day visit.  Set on the edge of the Northumbrian National Park, the lodge has fabulous panoramic views of the South Tyne Valley.  To capture the featured image, all I had to do – besides make sure I properly set my alarm for some ridiculous hour – was walk outside our guestroom about 15 feet, set up my gear, and snap away.  Happily, the ducks by the nearby pond didn’t mind my company.

We have a nice selection of United Kingdom images at our gallery on Bainbridge Island, including an excellent assortment of metal prints, canvas prints, custom-framed black-and-white prints, and fine art acrylic prints.  If you happen to be on our side of the water, please stop by!  For gallery hours, please consult our Contact page.