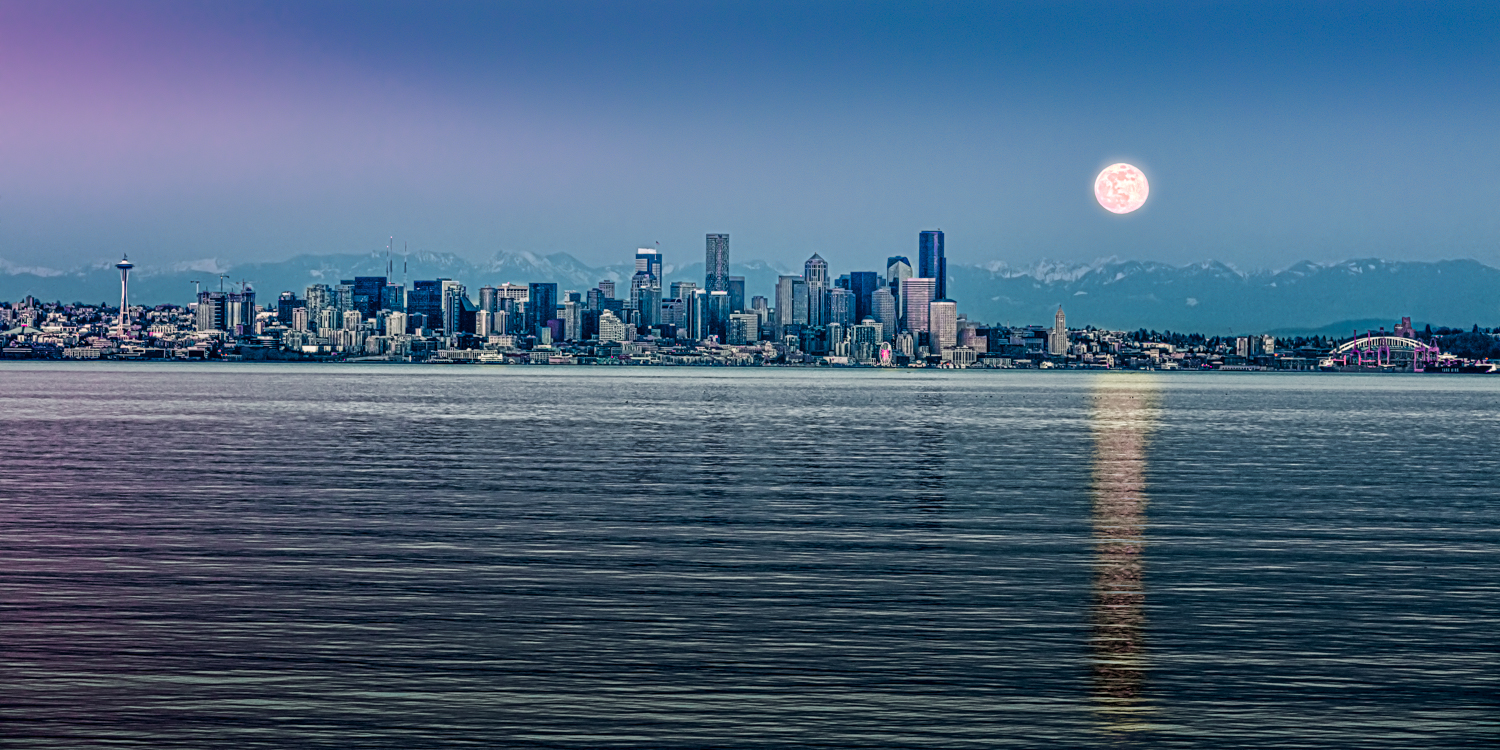 If you enjoy howling at the moon, then April 7 presented a golden opportunity for you.  That’s because a so-called “supermoon” graced the North American sky that evening.  So what exactly is a supermoon?  Having earned a merit badge in astronomy as a Boy Scout, I feel amply qualified to discuss this subject.

First, the basics.  Instead of circular, the moon’s orbit around the Earth is oval-shaped.  This elliptical course is what causes full moons to vary in size when viewed by the naked eye.  When the moon is at its farthest point from Earth, it is said to be at apogee.  But when the moon is at its nearest point from Earth – a difference of approximately 30,000 miles – it is said to be at perigree.  A supermoon, then, is a full moon that occurs at perigree.  While the moon obviously hasn’t grown in size, it appears larger – about 14% larger, the experts say – given its relative closeness to Earth.  Conversely, a full moon that occurs at apogee is known as a “minimoon” (which, depending on one’s criteria, may or may not be howl-worthy).

Most years have 12 full moons, or one per month.  But since our calendar isn’t perfectly synchronized with astronomical events, every now and then a year will have 13 full moons.  When that happens, one month will necessarily have two full moons, with the second full moon being called a blue moon.

Speaking of colored moons, a full moon in April is called the pink moon – but this has nothing to do with its color.  Instead, it got this name from phlox, a type of pink wildflower that tends to sprout in North America around this time of year.  So if you caught the supermoon 12 days ago and didn’t see any pink, don’t feel short-changed – especially since you were treated to a supermoon about 30% brighter than a typical full moon.

Seattle definitely has its share of cloudy grey skies in April.  As shown by the featured image, however, the weather cooperated on April 7 – so Puget Sounders were able to enjoy a clear and unobstructed view of the supermoon.  Thanks to fortuitous timing – the moonrise and sunset were only 18 minutes apart – there were also some nice twilight colors when I captured this image from Bainbridge Island.

Like many other local businesses, our Bainbridge Island gallery remains closed in compliance with our governor’s “stay-at-home” order.  Along with two other local galleries, however, we participated in a “Virtual Art Walk” on Friday, April 3.  If you would like to see a video tour of our gallery, please click here.

Thank you for reading our blog.  In these trying and stressful times, we hope everyone stays healthy, safe, and strong!