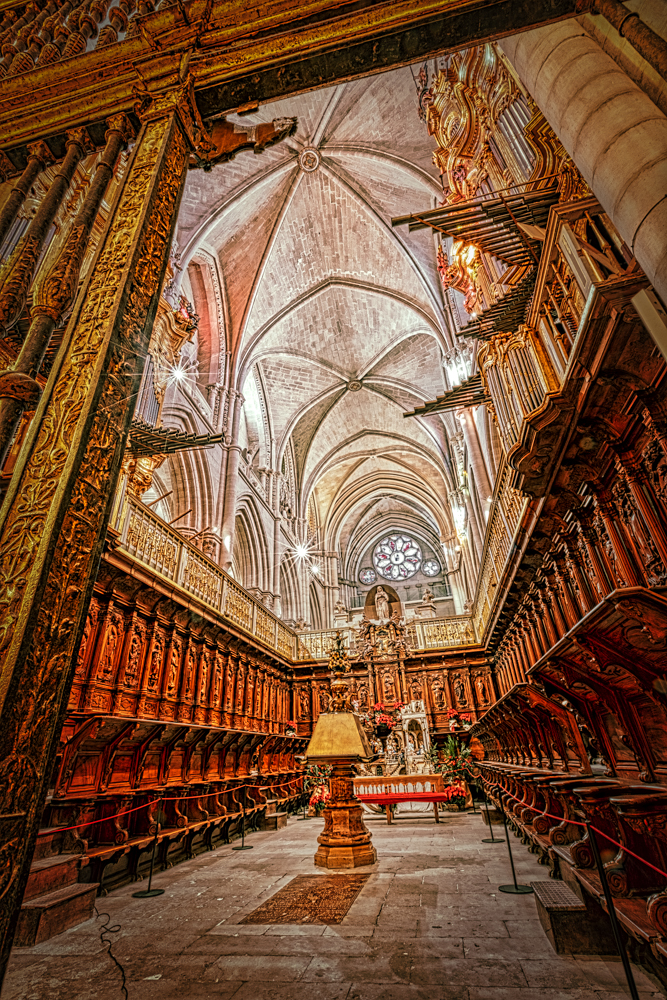 While cathedrals and churches are mainly places of worship, they have become huge draws for tourists in recent years.  For example, in 2018, the Church of England’s 42 cathedrals had almost 10 million visitors, with 33% of them either paying or donating money for their admission.  On top of that, Westminster Abbey alone had a staggering 1.2 million visitors in 2018, with 99% either paying a tariff or making a donation.  (Note: these figures do not include regular worshippers, which in 2018 collectively averaged 36,700 per week at the 42 cathedrals.)

In short, it’s safe to say that if you enjoy history and architecture, you don’t have to be devoutly religious to appreciate an historic cathedral or church.  In England, my favorite is the massive Salisbury Cathedral, which was built in the 13th century over the course of 38 years and features the tallest spire – an astounding 404 feet high! – in the entire United Kingdom.  While I realize cheap labor and raw materials were plentiful in those days, I am always in awe of how the architects of yesteryear devised the technology to construct such magnificent stone structures that have stood the test of time for hundreds and hundreds of years.

As partner Carol and I learned on our recent trip to the Iberian Peninsula, the cities and towns of Spain are likewise blessed with a plethora of amazing religious edifices.  We first visited the Barcelona Cathedral, which broke ground in 1298 and is known, among other things, for its stunning façade and gargoyles.  We marveled at the Girona Cathedral, whose construction began in the 11th century and features the widest Gothic nave in the world.  And we immensely enjoyed the magnificent Toledo Cathedral, which was begun in 1226 and is considered to be the “magnum opus” of the Gothic style in Spain.  (A melting pot of cultures over the centuries, the ancient city of Toledo also has outstanding mosques and synagogues.)

While staying in Madrid, we took an overnight trip to Cuenca, which is about an hour away by fast-speed train.  Thanks to our pre-trip research, we were attracted to Cuenca, which is perched high atop a hill, by its casas colgadas, or “hanging houses,” a complex of houses that literally hang off the side of a cliff overlooking the valley below.  The town’s highly touted cathedral was also on our must-see list – and we were not disappointed.  Cuenca Cathedral, which was largely completed by 1257, is on the diminutive side and its façade (see insert) isn’t very impressive. 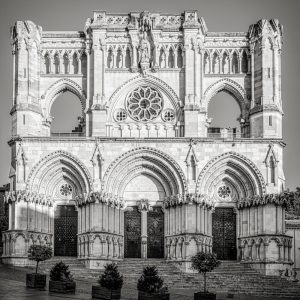 (The fact that lightning damaged the façade and toppled the bell tower in 1902 undoubtedly didn’t help.)  But the interior definitely didn’t disappoint, as shown by the featured image which highlights the choir section of the cathedral.  I must confess that I was especially rapt with the place because tripod photography – an absolute no-no in most cathedrals that I’ve visited – was allowed.  (If you like blurry images, hand-hold your camera while taking a shot in a dimly lit cathedral or church – or better yet, in its crypt!)

While our images from Spain are not yet available in our online store, they can be viewed at our gallery on Bainbridge Island.  If you enjoy photography and happen to be in the area, please do stop by!  In addition, we always have a wide selection of landscape, urban, and travel images on hand, including an excellent assortment of metal prints, canvas prints, custom-framed black-and-white prints, and fine art acrylic prints.  For gallery hours, please consult our Contact page.