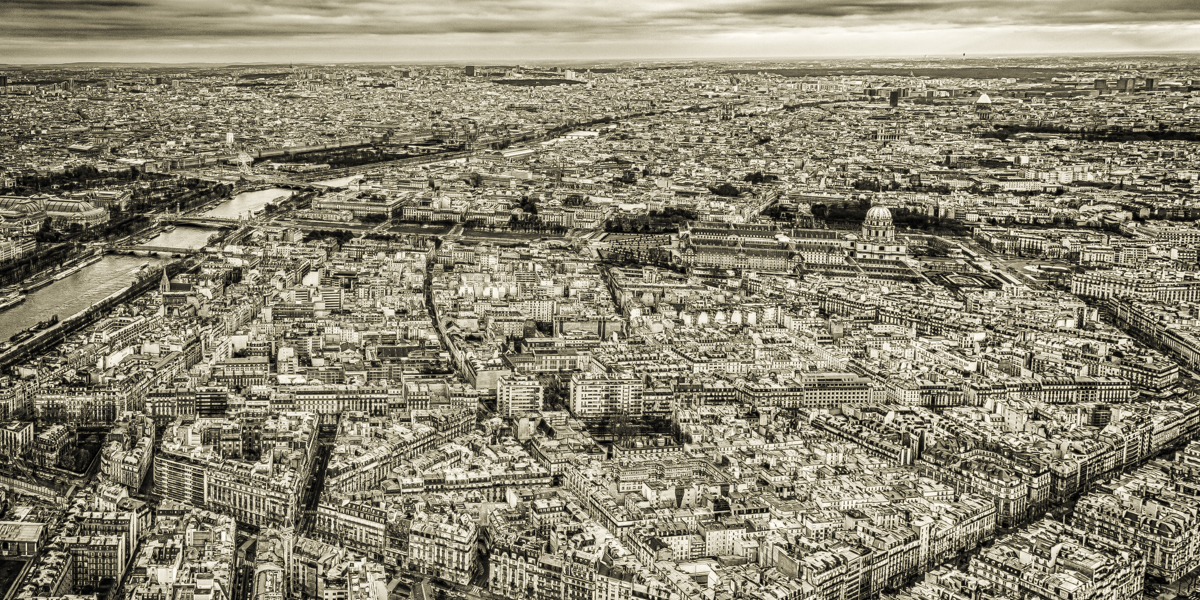 The Paris Agreement (“Accord de Paris”), signed in late 2015 by the representatives of 196 countries, reached a consensus to combat climate change by taking action to curb the increase in global temperatures.  Though it never really left the news, the agreement again made the headlines this past week thanks to the U.N. Climate Action Summit in New York City.  While I will let others address the politics of that event, it does seem apropos to feature another image from the City of Lights.  (Trivia question: Do you know how Paris got this nickname?  If not, then one more reason to keep reading!)

Paris is the home of one of the most well-known buildings in the world: the Eiffel Tower.  Even with new security screenings in place, the iconic structure receives an average of 25,000 visitors a day.

The Eiffel Tower – named after Gustave Eiffel, the primary engineer of the firm that created its design (and who also built the framework for the Statue of Liberty) – has an interesting background.  Commissioned as the centerpiece of a World’s Fair held in Paris in 1889, the tower was never meant to serve any practical purpose.  Instead, it was only erected to impress visitors as they entered the fair and to show off the technological skills of the French.  The tower’s design was initially controversial, so much so that a group of artisans and intellectuals (“Committee of Three Hundred”) – describing the tower as “monstrous,” “vulgar,” and “useless,” and likening it to a “metal asparagus” – unsuccessfully opposed its construction.  By 1909, however, the tower was so well-liked that instead of dissembling it under the original 20-year plan, the government decided to keep it.

The 1,063-foot-tall Eiffel Tower has three levels, with the bottom two floors mostly occupied by restaurants, souvenir stores, and changing exhibitions.  Although the top floor has a champagne bar and a recreation of Gustave Eiffel’s private office that he smartly designed for himself, it’s primarily an observation area.  Situated 905 feet (276 meters) above the ground, the summit is the highest observation deck in Europe.  As shown by the featured image, it offers spectacular if not breath-taking views of Paris, including the Seine River as it courses through the city.

So what’s the answer to the trivia question?  At risk of disappointing all you romantics out there, Paris is called the City of Lights for the mundane reason that it was the first European city to introduce street lighting on a grand scale on its boulevards and monuments.

We have numerous images from Paris at our gallery on Bainbridge Island, as well as an excellent assortment of metal prints, canvas prints, custom-framed black-and-white prints, and fine art acrylic prints.  If you live locally, we are right across the street from Streamliner Diner.  As for King County visitors, do please stop by as we are conveniently located just minutes from the ferry terminal.  For gallery hours, please consult our Contact page.