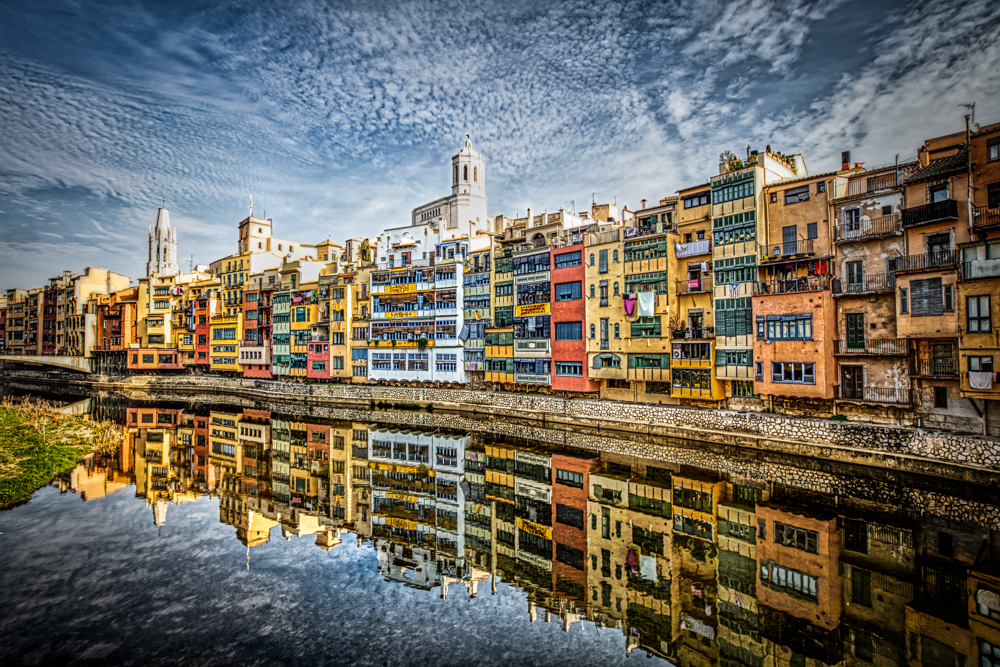 It’s not accurate to say the Spanish city of Girona is off the beaten path, especially when it’s under 40 minutes away by high-speed train from sprawling Barcelona and its 1.6 million inhabitants.  Besides, with about 100,000 denizens of its own, Girona hardly falls into the “hamlet” category.  But my pre-trip research paid off, as easygoing Girona – with its medieval architecture, Gothic churches, historic Jewish Quarter, and museums – proved to be an excellent choice for a relaxing day trip from Barcelona.

The outing began with a minor setback.  While diligently scouting things out at the Barcelona train station the night before, partner Carol and I were advised to arrive 35 minutes early if we wanted to catch the fast train to Girona leaving at 8:20 a.m.  After reporting on time, however, we were told the train was sold out – and the next fast train didn’t leave until 9:45 a.m.  Cutting our losses, we opted for a slow train leaving at 8:10 a.m., which deposited us in Girona about one hour later than we had originally planned.

The shallow Onyar River, whose lazy flow typifies Girona’s peaceful, calming mood, runs through the heart of the city.  The newer shopping district – as in 18th century “new” – lies on the western bank, while the walled medieval quarter (“Barri Vell”) runs uphill from the eastern bank.  The Onyar is no great shakes as far as waterways go, and I actually laughed out loud when I subsequently read a travel article describing it as “spectacular.”  But as the featured image shows, its slow-moving waters wonderfully reflect the brightly colored facades of the iconic buildings abutting the riverfront.  The towering white structure in the middle is the magnificent Girona Cathedral, which dates back to the late 11th century and dominates the Girona skyline.  Though it was redesigned in 1312, no actual work began until 1416 (yet more proof that Gironans don’t exactly rush things).

In Spain, dinnertime starts around 9:00 p.m.  Still recovering from jet lag, Carol and I decided to grab an earlier bite before catching the fast train back to Barcelona.  A word of advice: 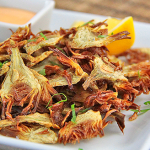 Carol and I took another day trip from Barcelona, which will be covered in my next post.  In the meantime, should you happen to be near Bainbridge Island, please do visit our gallery if you enjoy photography.  We have a wide selection of landscape, urban, and travel images, including an excellent assortment of metal prints, canvas prints, custom-framed black-and-white prints, and fine art acrylic prints.  For gallery hours, please consult our Contact page.