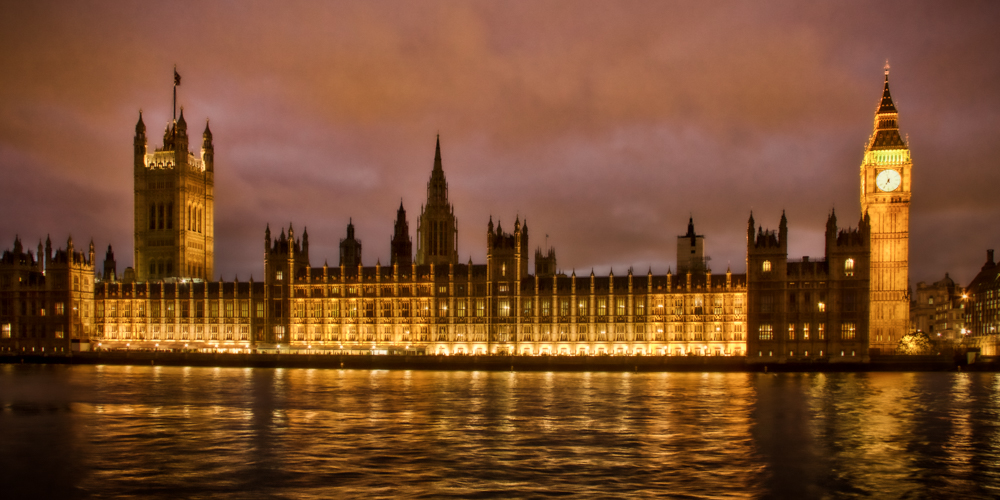 The British tabloids reacted swiftly 10 days ago after Oprah Winfrey’s explosive interview with Prince Harry and Meghan Markle aired in the United Kingdom.  One headline, for example, screamed in all caps “Worst Royal Crisis In 85 Years,” while another queried, “So who Is the Royal racist?”  With the no-holds-barred interview still sending shockwaves around the globe, an image from London certainly seems well-timed!  Though I don’t have any shots of Buckingham Palace in my portfolio, the featured image depicting the Palace of Westminster – better known as the Houses of Parliament – and the instantly recognizable Big Ben should do quite nicely.

The Houses of Parliament is owned by the Crown and originally was a royal residence, which accounts for its status as a “palace.”  Nowadays, it functions as the meeting place for both the House of Commons and the House of Lords, the two houses of Parliament serving the UK, and the host for important state ceremonies.  Unlike its neighbor, Westminster Abbey, which was largely built between the 13th and 15th centuries, the Palace of Westminster is relatively new by British standards, as its predecessor was almost completely destroyed by fire in 1834.  Construction of the new palace began in 1840 but thanks to cost overruns and multiple delays, including the deaths of both leading architects, wasn’t completed until 1870.

A common misperception is that Big Ben refers to the clock tower at the north end of the palace.  Actually, it only refers to the largest of the tower’s five bells – though I shouldn’t say “only” because just by itself, Big Ben weighs in at over 15 tons.  The four-quarter bells chime at 15, 30, and 45 minutes after the hour, and just before Big Ben tolls on the hour.  Alas, the bells have been silent since August 2017 because the clock and tower are undergoing an extensive renovation project that will be delayed two more years thanks to a certain pandemic.  As for the tower, its original name – Clock Tower – was changed to Elizabeth Tower in 2012 to mark the Diamond Jubilee (i.e., 60th anniversary) of Queen Elizabeth II’s reign.  The tower skies 344 feet into the air, the rough equivalent of 21 London double-decker buses stacked on top of each other.

“Thames Gold” is available in the Panoramas gallery of our online store in three different mediums (fine art acrylic/metal/canvas) and three different sizes.  We also have a wonderful assortment of UK images at our gallery on Bainbridge Island, so do please stop by for a visit if you happen to be in our area!  Partner Carol and I well understand how many of you may still be hunkering down on account of Covid-19, however, and we sincerely hope that you and everyone in your world are staying healthy, safe, and strong as we edge closer and closer to more normal times.