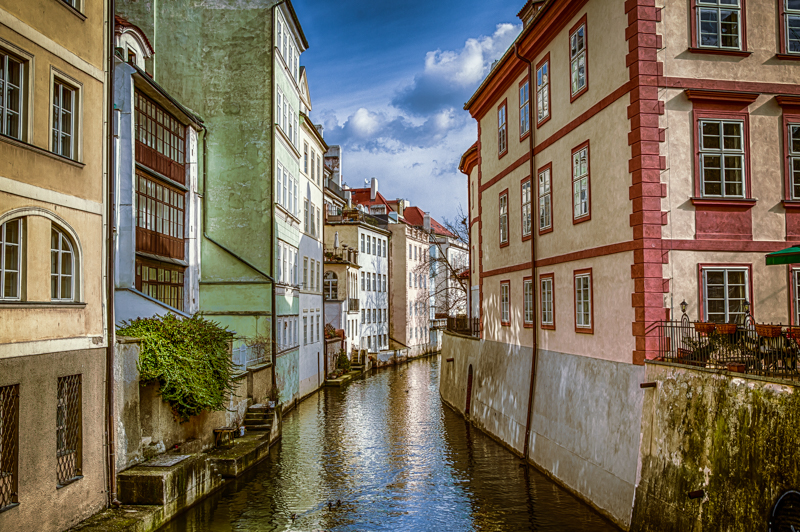 This post will be short-and-sweet because partner Carol and I catch a flight in 12 hours for our first vacation in 14 months.  The trip has a definite canal theme, as we start with five nights in Venice and end with another five nights in Amsterdam.  It’ll be interesting to see if the two cities have much in common besides canals and art museums.  Given the recent flooding problems in Venice, it’ll also be interesting to see if we can celebrate New Year’s Eve in St. Mark’s Square without wearing waders!

I picked the image of the week for its obvious tie-in to our upcoming trip.  I used “canal” in the singular for good reason because Prague only has one of them.  The Čertovka,  which translates to “Devil’s Canal,” is a very picturesque man-made channel on the western side of the Vltava river in Prague.  It was reportedly built in the Middle Ages by the Order of the Knights of Malta, who wanted a regulated water flow for the mills that were later built along its course.  While it is sometimes called “Little Prague Venice,” that sounds like a real stretch to me.  I may have to report back on this subject after seeing the real thing!

We can’t be in two places at once, so our Bainbridge Island photography gallery will be closed until Jan.  10.  If we have our way, we will soon be offering evocative prints from Venice and Amsterdam at the gallery!