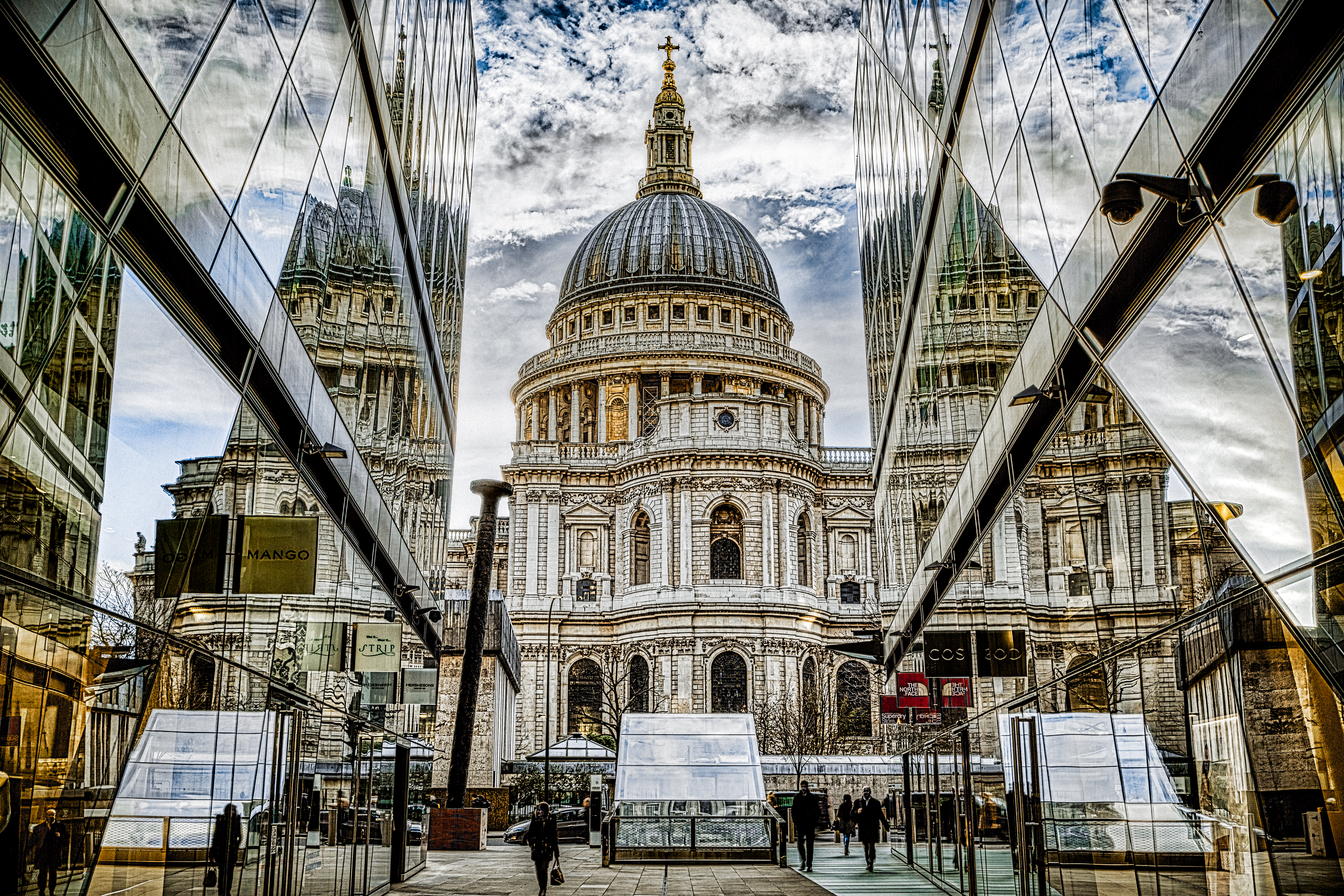 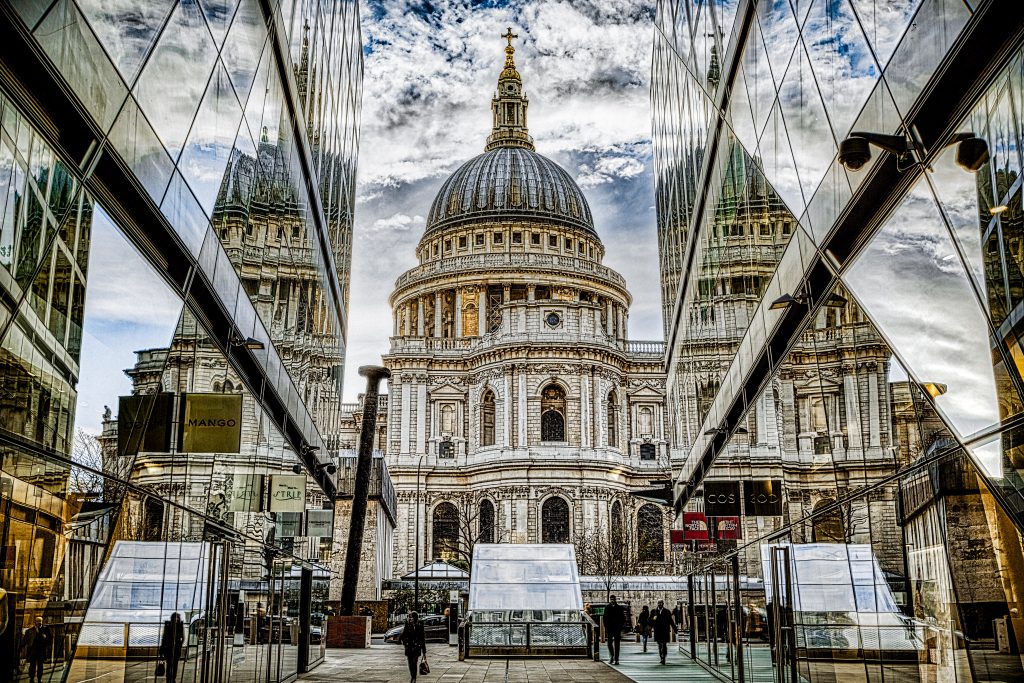 According to Trip Advisor, travelers rate London as the number one destination in 2019 (which pleases this unabashed anglophile no end).  The numbers seem to bear this out, as London reportedly had more international visitors in 2018 – just under 20 million – than every other city in the world except Bangkok, Thailand.

While London has an almost endless list of attractions, one of its most famous and most recognizable sights is St. Paul’s Cathedral.  It has been this way for quite some time, as shown by the famous 1746 painting below by Italian artist Canaletto (“The River Thames with St. Paul’s Cathedral on Lord Mayor’s Day”).

Unlike Notre Dame Cathedral in Paris, which recently suffered horrendous damage from fire, St. Paul’s owes its very existence to tragedy – specifically, the Great Fire of London of 1666.  Gutted by the blaze, the Old St. Paul’s possibly could’ve been rebuilt – but city leaders decided to replace it with a new cathedral in a more modern style.  The plum assignment was given to Sir Christopher Wren, the greatest English architect of his time who designed a total of 53 London churches.  Wren, who was also a noted astronomer and geometrician, attained knighthood in 1673 at the ripe old age of 39, just two years before the cornerstone was laid for St. Paul’s.  Although few cathedrals are built in a lifetime, Wren completed the project in just 35 years.

The dome of St. Paul’s, which is among the tallest in the world, has now dominated London’s skyline for over 300 years.  At 365 feet high, it was the city’s tallest building from 1710 to 1967.  For the hale and hearty, wonderful panoramic views of London await those who make the 528-step climb to the top.

The featured image depicts St. Paul’s from a more contemporary perspective, thanks to reflections from a shopping center directly across the street.  It’s a vivid and colorful reminder that notwithstanding its old-world history, traditions and culture, London has definitely kept current with the times.

We have a nice selection of United Kingdom images at our gallery on Bainbridge Island, including an excellent assortment of metal prints, canvas prints, custom-framed black-and-white prints, and fine art acrylic prints.  If you happen to be on our side of the water, please stop by!  For gallery hours, please consult our Contact page.