In my last post I told you I would provide a little more history about the Supreme Court Building and its architecture.

Let’s start with a “Jeopardy” question: Who was the only person to serve as both U.S. President and Chief Justice of the U.S. Supreme Court?

Time’s up.  The answer is William Howard Taft.  It was Chief Justice Taft who argued successfully that our high court should have its own headquarters to distance itself from Congress – and there is certainly nothing wrong with that goal – as an independent branch of government.

Cass Gilbert was the lucky architect who got the commission.  The cornerstone was laid on October 13, 1932, with construction completed in 1935 at a cost of $9,740,000.  Built in the Neoclassical style, the edifice rises four stories tall.

The top image depicts the West Pediment, which is supported by 16 Corinthian columns.  Strangely, the source of the inscription – “Equal Justice Under Law” – is unknown.  The allegorical figure in the center of the sculpture group is “Liberty Enthroned,” with “Order” and “Authority” to her left and right.  The other six figures are sculpted portraits of people who played influential roles in the creation of the Supreme Court’s new home.  In case you don’t recognize him, architect Gilbert is the third from the left.  I don’t begrudge him this honor, though, because Gilbert died before the project was done.

In November 2005, a basketball-sized chunk of marble fell from the parapet and smashed into smithereens on the steps below.  Fortunately, nobody was hurt.  When I took the below image in October 2010, protective netting was still in place on the pediment to prevent a recurrence.  One of my earliest shots of the Supreme Court Building, I really like it because the lone police officer, along with the small upright sign in the center of the steps, really give scale to its grandeur.  Alas, the image is now out-of-date because the netting was removed in the course of extensive restorations to the western façade in 2012-13. 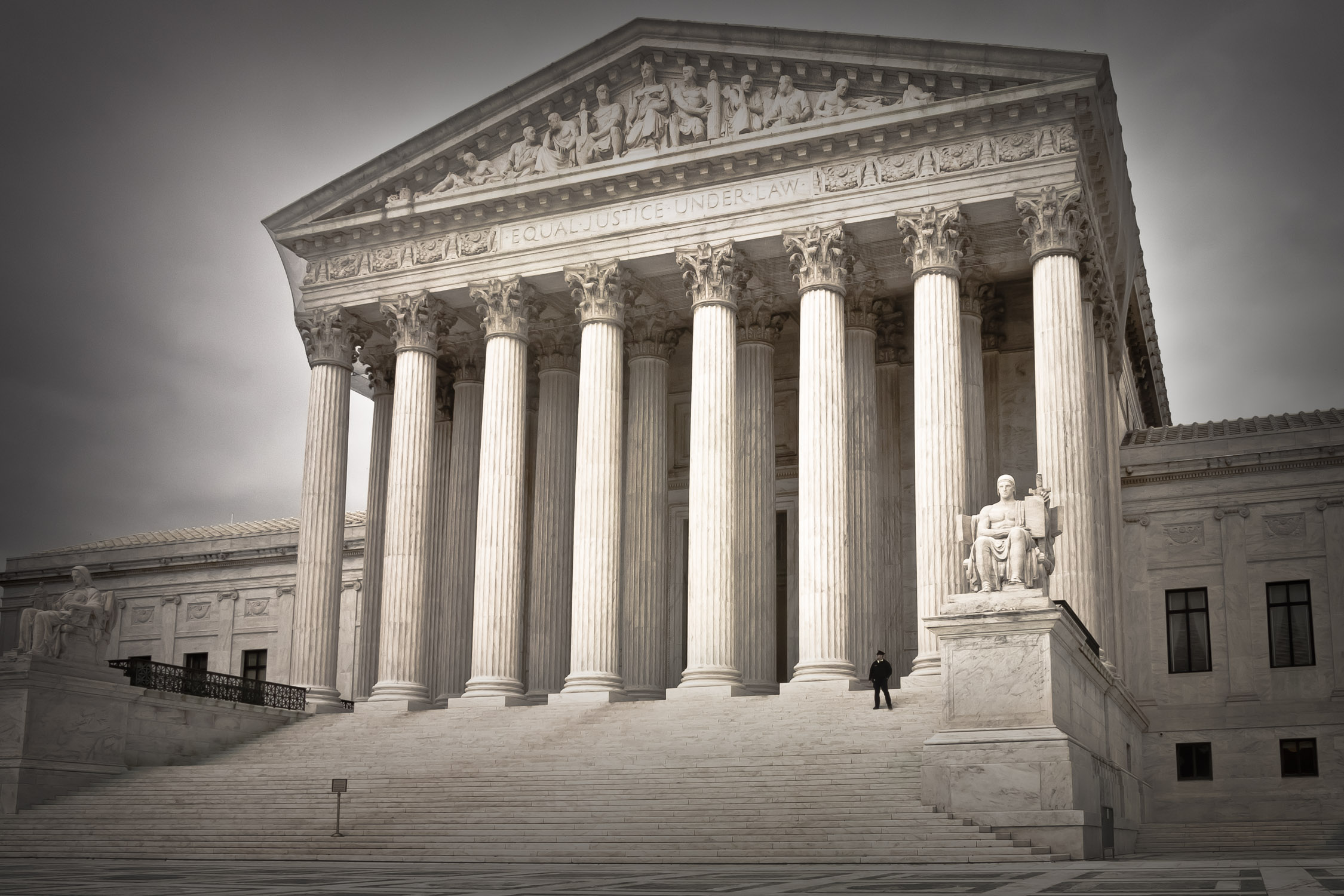 For more images from the District of Columbia, please stop by my gallery on Bainbridge Island.  For gallery hours, please visit my Contact page.  And if you enjoy my blog and my photography, please spread the word to your family and friends who have similar interests.