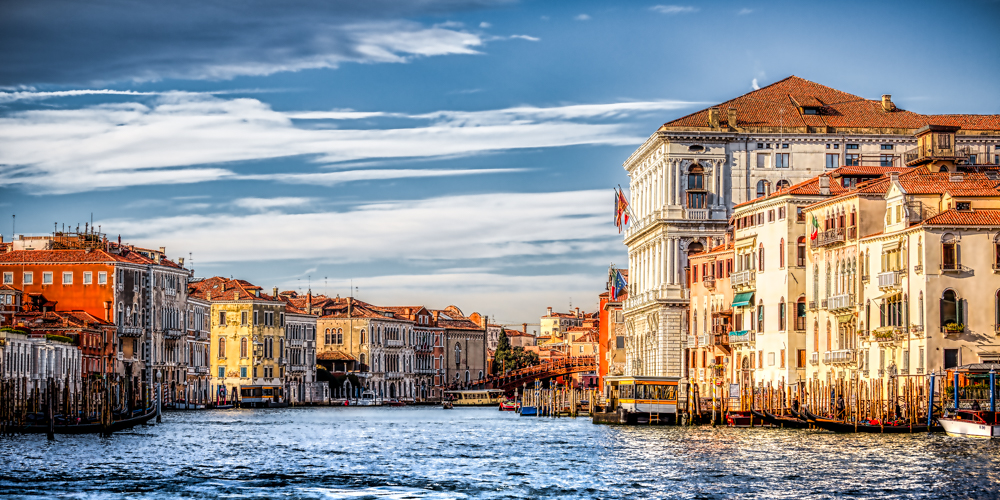 I described in my last post how partner Carol and I were about to embark on a canal-themed vacation: Five nights in Venice followed by another five nights in Amsterdam.  While it was never meant to be a competition, it’s hard not to make comparisons between the two cities when you see them back-to-back as we did.  So after many serious ruminations and deliberations over draft beer (me) and white wine (Carol), the verdict is in – and at risk of being called wishy-washy, we are going to call it a draw.

To be sure, Venice and Amsterdam have much in common, including exquisite canals, world-class art museums, excellent cuisine, and incredible shopping – not to mention tons of tourists even in the off-season.  While there is talk of a slowdown in the global economy, one would never suspect that after visiting either city.  Venice and Amsterdam also both have amazing histories – though sadly, both reached their peak several centuries ago in terms of wealth and power.  (The city-state of Venice was a major financial and maritime power during the Middle Ages and Renaissance, while Amsterdam’s “Golden Age” occurred in the 17th century when it became the wealthiest city in the western world.)

But Venice and Amsterdam are hardly carbon copies of the other – anything but.  One notable difference relates to architecture.  While magnificent palazzos greet the waterfront on the Grand Canal in Venice, less imposing – but equally splendid – merchants’ homes line the canals in Amsterdam.  Another obvious dissimilarity?  Transportation.  Since cars don’t exist in Venice, people use their feet, a vaporetto (i.e., waterbus) and/or a water taxi to get around (with gondolas available for romantic short hauls).  In Amsterdam, on the other hand, the bicycle is king.  Bicyclists are ubiquitous – and seemingly oblivious to people on foot – so between bicycles, cars, and city trams, pedestrians should keep their wits about them at all times.

The featured image of the Grand Canal was taken while we were riding a vaporetto in the late afternoon.  If you look closely, you will see a large yellow waterbus approaching the wooden Ponte dell’Accademia, which is one of four bridges to span the Grand Canal.  Fortunately, Venice is very compact and easy to get around on foot even though there are only four bridge crossings (which is a very good thing since a vaporetto ticket costs 7½ euros, or about $8.25).

Having returned from our holiday, the doors of our photography gallery on Bainbridge Island are once again open.  We will be slowly but surely adding new products featuring evocative images from Venice and Amsterdam.  In the meantime, of course, we have an excellent assortment of matted prints, metal prints, canvas prints, custom-framed black-and-white prints, and fine art acrylic prints.  For gallery hours, please consult our Contact page.

P.S.: Thankfully, the tides were extremely cooperative during our Venice stay, so we were never at risk of having to wear waders in St. Mark’s Square.